Jaron Ennis: Becoming First To Stop Abreu Would Be A Big Statement

The emerging welterweight contender is aware, though, that none of Abreu’s pro opponents have been able to knock him out. Ennis intends to change that Saturday night, when they’re scheduled to meet in a 10-round fight Showtime will televise from Mohegan Sun Arena in Uncasville, Connecticut.

“That’d mean a lot for me to do that,” Ennis told BoxingScene.com. “I feel that’d be a big statement, for me to stop this guy and show the division that I’m here, and that I’m nothing to be played with.” 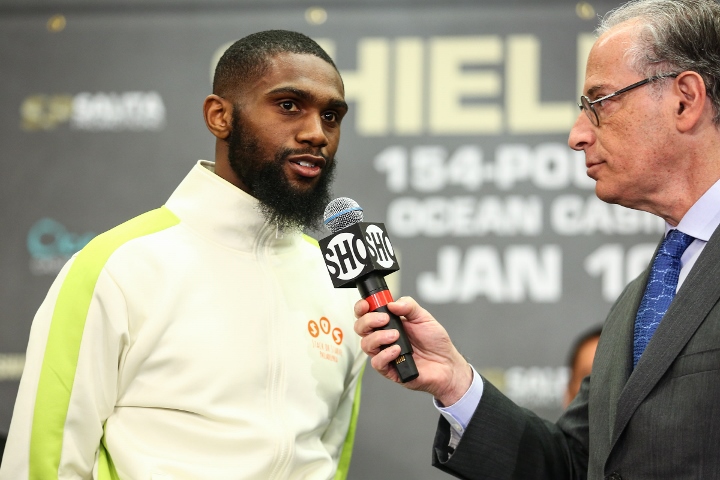 “I don’t look at the fighter,” Ennis said. “I go out there and feel them out by the first round, to see what they’re bringing to the table. Like I always say, you never know what they’re gonna bring to the table. They can change their whole game plan. Just because they’ve fought one way, that don’t mean they’re gonna fight you that same exact way. We prepare all the way around, so we’ll pick him apart as soon as the bell rings. I’m focused on myself and what I have to do. He’s just another guy in the way of me getting on my way to my world title.”

The 23-year-old Ennis’ handlers secured Abreu as his opponent on approximately three weeks’ notice. As usual, they had difficulty finding fighters who were willing to face Ennis for reasonable amounts of money.

“I heard they went through a bunch of fighters,” Ennis said. “Guys didn’t wanna fight, or they was trying to get more money. There is nothing I can do but just keep winning, beat the guys they’re putting in front of me and just keep getting better each and every time.”

The Ennis-Abreu bout will open a Showtime tripleheader set to begin at 9 p.m. ET/6 p.m. PT.