Jared Anderson vs. Hector Perez Rescheduled For July 16 On ESPN

Jared Anderson and Hector Perez are once again on the move.

The pair of Bubble-bound heavyweights now have their third working date for their previously postponed clash, with an appearance on the July 16 edition of Top Rank Boxing on ESPN written in pencil.

Should the date hold up, the bout will serve in supporting capacity to a show featuring featherweight contender Miguel Marriaga and Philippines’ Mark John Yap, along with a lightweight co-feature between Puerto Rico’s Felix Verdejo and unbeaten Albany-bred prospect Will Madera. All will air live on ESPN from MGM Grand Conference Center in Las Vegas. 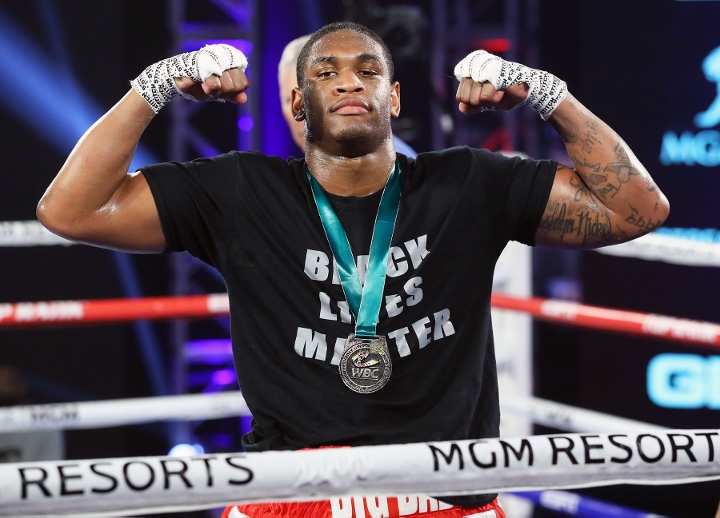 Previous plans called for the contest—originally due to take place July 9—to resurface on a July 21 show headlined by unbeaten former featherweight titlist Oscar Valdez. The latter date was the last of three proposed in hopes of clearing Perez (7-2, 3KOs), a 29-year old DominiRican based out of Tamarac, Florida whose post-fight urinalysis from a June 16 win in The Bubble showing accelerated levels of testosterone.

Further examination was required but enough to force the bout off of the June 9 show, with both boxers learning of the development prior to the pre-fight weigh-in.

“There was a minor issue with his urine sample,” William Ramirez, Perez’s manager explained to BoxingScene.com at the time. “The fight should be rescheduled for the 14th, 16th or 21st.”

The decision has apparently come to meet in the middle.

Anderson—a 20-year old rising knockout artist from Toledo, Ohio—fought on the first event in Top Rank’s current closed-doors Vegas series. The occasion marked the longest bout of his young career, stopping Johnnie Langston in three rounds after having fought a combined 4:54 worth of ring time in his three previous bouts.

I am impress with Jared Anderson so far, but still I need to watch more of him. Good he have a opponent this week. :boxing: