Jamie McDonnell Confirms He Will Move Up After KO Loss

After his brutal loss to Naoya Inoue in Japan yesterday (May 25) Jamie McDonnell (29-3-1, 13 KOs) has said we will be moving up in weight.

The former WBA bantamweight champion lost his title to the destructive Inoue in just the first round of their bout in Tokyo.

McDonnell, who had been unbeaten since March 2008, was no match for the ruthless aggression of the Japanese superstar who put the Brit down twice before referee Luis Pabon stepped in to save the 32-year-old from further punishment with just over a minute left in the opening session. 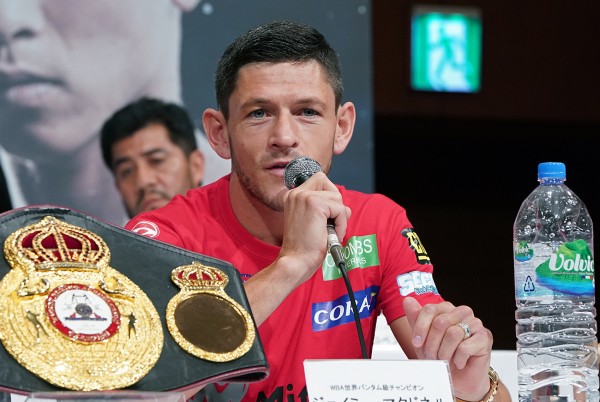 In a brief statement issued after the fight McDonnell said: “I take my hat off to Inoue. He’s a great champion and he’ll go on to achieve even bigger things. I got caught with some big shots. I’ll be moving up from here.”

It's been no secret that McDonnell and his team have wanted to move up in weight for some time. The 5’10 Yorkshireman now has a decision to make, whether to move up four pounds to super bantamweight or even further to 126lbs at featherweight. With McDonnell having entered the ring at 143lbs on the night, and the length of time spent making the bantamweight limit of 118lbs, then jumping two weight divisions might be a sensible move.

And there would be no shortage of opportunities for McDonnell at featherweight should he decide to campaign there. Potential all-British clashes could be the order of the day with the likes of Kid Galahad, Scott Quigg, Carl Frampton and new IBF champion Josh Warrington.

McDonnell's trainer Dave Coldwell, who also trains his twin Gavin, said: "As a champion he accepted the toughest challenge out there to try to claim the credit that’s been missing from his bantamweight reign.

"Gave everything he had to give but was up against an exceptional P4P fighter in Inoue, a great talent who’s going to take some beating.

"Entering the ring at 143lbs without even eating a great deal tells it’s own story so after a break we’ll look for him to become a two weight champion in the next chapter of his career.

"Possibly a run at Featherweight is needed.

"Thanks to everyone for all the supportive messages."

Agree with the people saying he should jump right to 126. Gavin is already at 122, there aren't really any domestic fights for him there and he weighed 144 ****ing pounds for that last fight. 126 has a lot of…

Same day weigh-in will save boxing. Cheaters will be exposed. P4P will go to the midgets. No cherry pickers. No Mexican meat.

143lbs from an 118lber. Jeeeeeez. That's insane. That's nearly a 24% increase of his weigh in body weight. Mental.

Moving up to a higher weight will do him no good he will be fighting guys physically larger as well as more punching power ...yseriously think about pulling the plug... he has achieved all he is going to in boxing…