James Tennyson has had his next fight date moved.

The Belfast lightweight knocked out Atif Shafiq at the O2 Arena in London back in August.

Tennyson had been set for a quick return to the scene of his last victory after winning the WBA International crown.

He was meant to box on the undercard of the World Boxing Super Series super-lightweight tournament final on October 26, exclusively live on Sky Sports Box Office and DAZN. 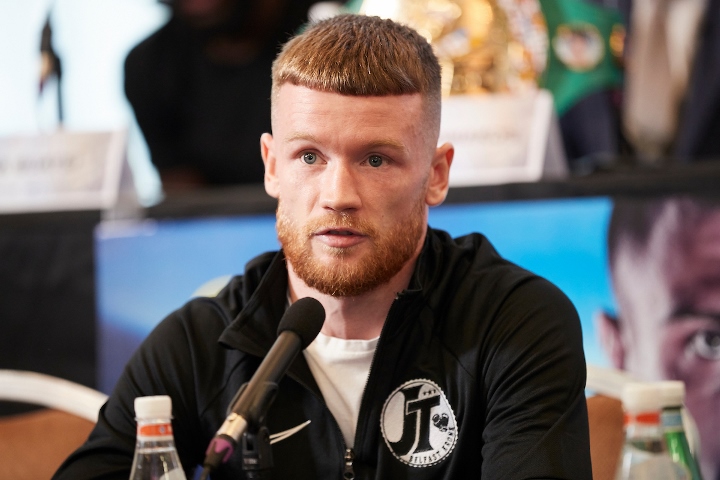 But the Belfast man (25-3, 21 KOs), a former European super-featherweight champion and IBF world title challenger, will now face Welshman Craig Evans –– in a showdown that will double up as an eliminator for Joe Cordina’s British title –– next month.

The fight has been moved to the North West of England will now take place on November 23 at the M&S Bank Arena in Liverpool.

Evans has a record of 20-2-2 with three quick and was last in action back in June at the Vale Sports Arena in Cardiff when he won an unanimous decision against Stephen Ormond to retain the WBO European title.

The card will be screened exclusively live on regular Sky Sports in the UK and DAZN Stateside, with a whole host of local talent also joining the bill.

WBO Inter-Continental middleweight champion Anthony Fowler will return to super-welterweight on the card, while Craig Glover will meet Chris Billam-Smith in an intriguing cruiserweight battle for a title to be confirmed and Tom Farrell will also box in a tasty clash up at super-lightweight against former lightweight contender Sean Dodd.

Thomas Whittaker-Hart is set for a busy few weeks as he will be straight back in camp for an outing on this card after his fight on October 19 at the Utilita Arena in Newcastle, as part of the supporting cast to Davies Jr.’s clash against Lewis Ritson in what is an official eliminator for the WBA world super-lightweight title and he will be joined by undefeated duo Marcos Molloy and Tom Aitchison, both of whom made successful starts to their professional careers earlier this month.