The Londoner is set to trigger the clause for an immediate return clash against the American after his shock defeat in December.

DeGale, 31, is hoping the rematch can happen within the next few months as he looks to get his career back on track. 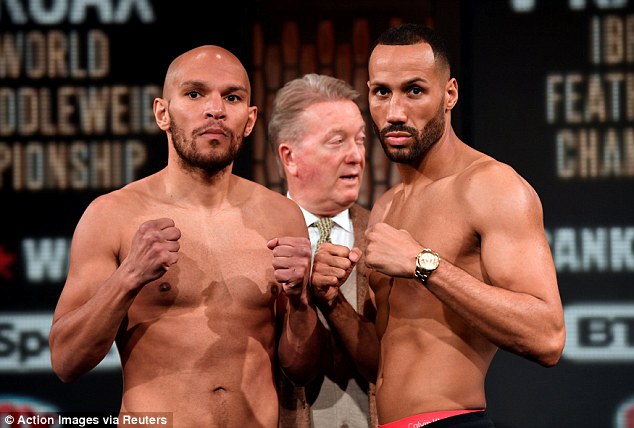 The Beijing Olympic gold medallist was as big as 100/1 [odds favorite] to beat the Minnesota man at the Copper Box on December 9.

But he put in a sluggish display on his return from serious shoulder surgery which had kept him out of the ring for 11 months.

DeGale said in the ring that he did not believe there was a rematch clause but it is understood that there is one in the contract that can now be activated.

The Londoner also said after the upset that he would “take time out to reflect and make some decisions going forward”.

He has sat down with his family over the festive period and came to the decision he wanted an immediate return with Truax.

DeGale returned to training in the last fortnight and will continue to work with coach Jim McDonnell.

Truax is willing to return to England for the rematch and both men share American Al Haymon as their advisor so there are not expected to be many hurdles to overcome.

career on the line for degale,he better be up for this and get his title back

neither guy knew anything about a rematch clause following the fight. truax was talking about getting big fights now that he beat degale and degale said there wasnt....maybe they found a missing page to the contract what luck.

How come a rematch clause was never discussed before or after James lost..

[QUOTE=Holler;18418898]It was only a one match deal I believe, but he was boxing on a Warren show: [url]https://www.mirror.co.uk/sport/boxing/im-back-began-james-degale-11416005[/url] You could see Warren coming over to his corner at the final round tryng to shout some sense into them. He was…

[QUOTE=Ray*;18418879]Warren wasn't his promoter. So not sure if Warren would have any clue.[/QUOTE] It was only a one match deal I believe, but he was boxing on a Warren show: [url]https://www.mirror.co.uk/sport/boxing/im-back-began-james-degale-11416005[/url] You could see Warren coming over to his corner…