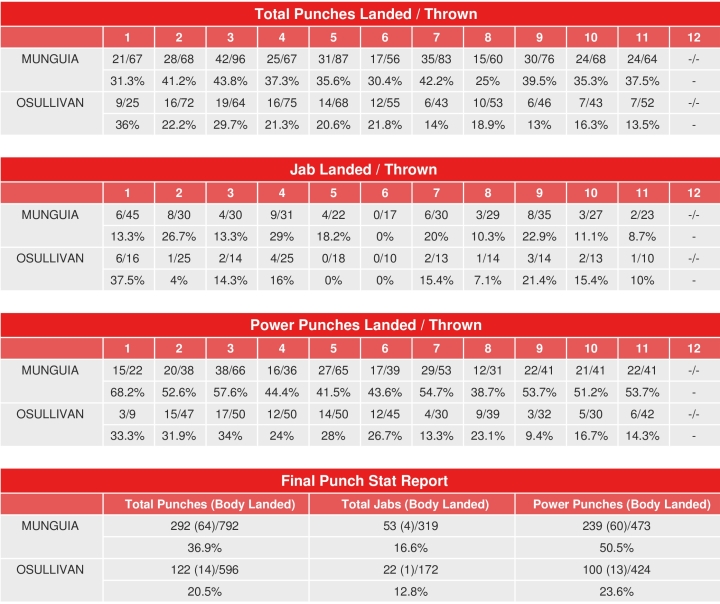 Munguia showed he had power in his new weight class when in the first round he rocked O'Sullivan. O'Sullivan got some payback at the end of the third when he rocked Munguia with two big hooks as they were trading hard punches.

Munguia was popping a very good jab in the fourth. O'Sullivan was making it a fight, but it was Munguia landing the harder shots in the fourth and fifth. During the sixth, O'Sullivan was hit with a bad low blow, and Munguia lost a point. They were trading often with Munguia having the edge.

During the seventh, Munguia was landing several shots on O'Sullivan and had him going. There was a brief timeout when O'Sullivan went down and it was claimed to be a low blow. Once the action resumed, Munguia came out banging hard with both hands and had O'Sullivan in trouble.

O'Sullivan looked very tired in the eight and he was being battered during the ninth. O'Sullivan was all over the place at one point in the ninth, as Munguia was looking to finish him off. More punishment in the tenth, as O'Sullivan sustained a cut above his left eye.

O'Sullivan was in serious trouble during the eleventh as he was being beat down. He went down as the towel flew in from O'Sullivan's corner.