Jacobs: I Know Patrick Day Would Want Me To Keep Moving Forward

There isn’t any amount of time that can ever ease the pain that came with the loss of a good soul like Patrick Day.

Two months since his tragic passing, the loss still deeply resonates with Brooklyn’s Daniel Jacobs, a former two-time middleweight titlist who shared a special bond with the late Long Island (New York) native. The best he can do moving forward, is to honor his memory in every walk—including the one he will make to the ring for his next fight.

Jacobs revealed through social media an image of his custom-made robe and trunks he had created in tribute to Day, who died on Oct. 16, four days after his 10th round knockout loss to unbeaten prospect Charles Conwell. The Day-themed attire will be worn by Jacobs ahead of his Dec. 20 clash with Julio Cesar Chavez Jr. (for now), live on DAZN from Talking Stick Resort Arena in Phoenix, Arizona.

“I spoke to his brother earlier today. He thanked me for even the idea of it,” said Jacobs (35-3, 29KOs) during a recent media conference call to discuss the upcoming event, which will mark his debut in the super middleweight division. “It was a surprise to everyone. A lot of people don’t know our relationship.

“The robe is symbolic of what he meant to me.” 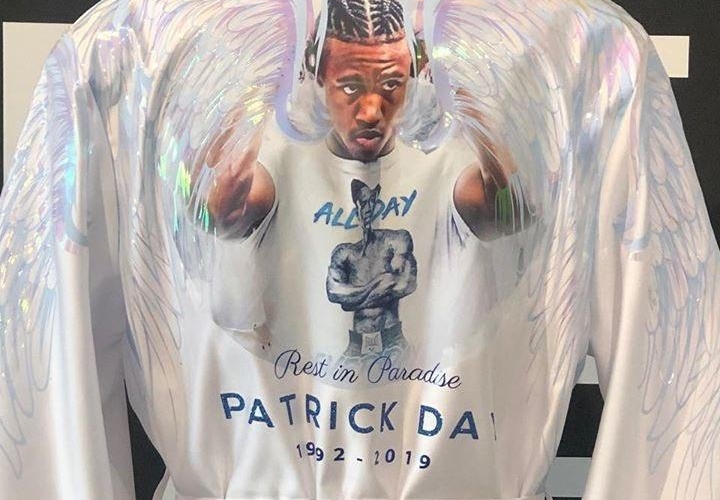 Admittedly, Jacobs was devastated by Day’s loss, to where he couldn’t have gone through with this fight had it been scheduled any sooner. That lesson, he had to learn the hard way.

Jacobs’ first attempt at a middleweight title resulted in his first pro loss, a 5th round knockout at the hands of Dmitry Pirog in July 2010. At the time, it was theorized that the fight was too much, too soon. Well realized after the fact was the burden of having to enter the ring so fresh after the loss of Cordelia Jacobs, his grandmother and primary caregiver just days before what was then the biggest pro fight of his career.

Even two months after Day’s far-too-soon death, it’s more about empowerment than moving on with his own career.

“It still hurts,” Jacobs admits. “I’m at that point where I can focus and do (the job) inside the ring. I learned that lesson with my grandmother, not going into the ring grieving the loss of a loved one. I’m at that point now. I’m fully focused on where to put that energy. It’s still a sad situation but it’s more honorable to do it, for people to what he meant.

Whether it’s Mexico’s Chavez Jr. (51-3-1, 33KOs) who remains on the opposite side of the bill as scheduled or if he’s replaced by Philadelphia’s Gabriel Rosado (24-12-1, 14KOs), the show officially goes on in every sense of the phrase for Jacobs.

The upcoming bout is his first since a heartbreaking 12-round loss to Saul ‘Canelo’ Alvarez in their three-belt unification clash, his last ever at middleweight—at least for now. In addition to that and fighting at a new weight, It will also mark his first fight without career-long trainer Andre Rozier, with whom he split earlier this year as he is now training under the watchful eye of training guru Fareed Saleem.

As he prepares for fight night and what a perceived victory will do for 2020 and beyond, from the evening will come a treasure the Day family can forever cherish.

“I’m going to donate the (ring outfit) to the family so they could have that as a memory,” notes Jacobs. “They know what he meant to me. I had to do something for my boxing brother.”

Rest in peace to the young king