ON THE CUSP of stepping into world title action is our super lightweight contender Jack Catterall. Jack holds the mandatory spot with the WBO but his accession has been held up a bit due to the recent unification clash between Maurice Hooker and the WBC champion Jose Ramirez.

Ramirez now holds both belts and, unfortunately, has been issued with two mandatory orders. At the moment it looks like the WBC challenge from Viktor Postol is likely to take place first on the basis there is a signed agreement that Jack is next in line and with a timeframe put in place.

In the meantime Jack will need to keep busy and we will look into the possibility of having him fight on the undercard of Ramirez-Postol in order to maximise interest in the forthcoming mandatory.

We’ll keep you posted on that. 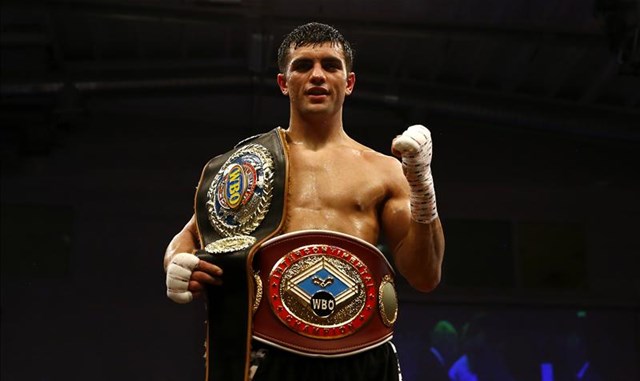 We will also have news on Nicola Adams‘ first defence of her WBO world flyweight title, which takes place at the Royal Albert Hall on September 27, while Zolani Tete, our brilliant bantamweight, has been ordered by the WBO to defend his world title against the Interim champion Johnriel Casimero and negotiations are already underway.

Keep tabs on our social media channels for instant updates as and when the confirmed news breaks.

Nothing against Caterall but I'm not convinced he's world level. Compare the way he looked against Davies to the way Taylor dismantled him.

I don’t even know if Catterall is good. Vs Davis he was awful and although he just shaded the fight, I’d have ruled it a NC or disqualified them both for not fighting At least Anthony Yarde fought opponents with…

Wasn't sure Ramirez would take the Postol fight, good scrap

put caterall in with a good opponent, maybe one of the guys who lost in wbss, rather than the yarde path probably be a vacant title though, ramirez not hanging around for more mandatories after postol, he will unify and/or…

Jack should have won the Lonsdale belt out-right by now & challenged for the EBU title. Sadly Fi$h £yed Frank's association with the WBO has held him back.