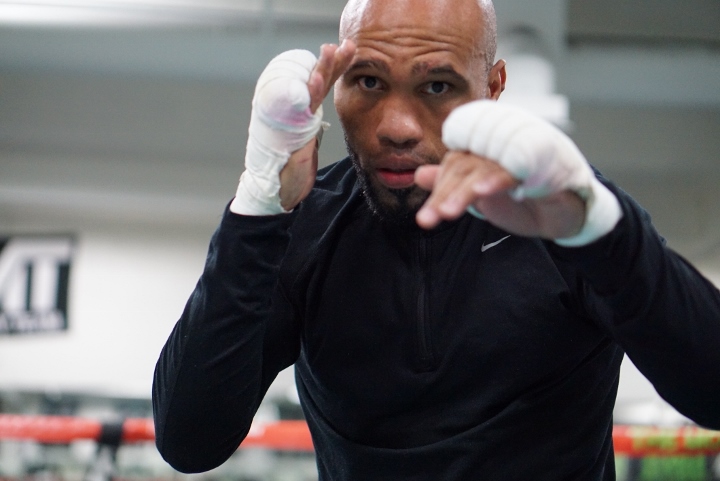 "We are pleased that every major cable, digital and satellite provider is being so responsive to the Valor Bare Knuckle brand of fighting," said Shamrock.

"Doug Jacobs and Integrated Sports Media did a phenomenal job securing OTT and traditional pay-per-view platforms for our events. No doubt, September 21 will be an intriguing night that delivers an unprecedented combat sports experience for fight fans everywhere. Valor Bare Knuckle is here, and it's here to stay."

Valor Bare Knuckle's inaugural event, VBK: 1 will be available live via on pay-per-view at 9:00 p.m. ET / 6:00 p.m. PT on iNDEMAND, DIRECTV, DISH, VUBIQUITY in the United States, as well as Bell TV, Shaw Communications, Rogers and SaskTel in Canada, and the FITE.TV digital platform for a suggested retail price of $29.95. (taxes and fees may apply).

The sport of bare-knuckle fighting is regulated in Florida, Mississippi and Wyoming and is under consideration with several more states across America.

Lol at feather fisted, shot guys heading to bareknuckle boxing. Who is next? Cesar Cuenca?

[QUOTE=Javcar;19974189]paulie goy his ass kicked. compare faces you fool[/QUOTE] All of Paulies damage came in 1 rd you are an idiot you obviously don't watch boxing if you think someone wins a fight off of the amount of cuts inflicted…

He's also a very old 38 who got koed by a journeyman 3 years before the figjt. It also wasn't a boxing match but a bare knuckle fight with clinches against a guy who has fought in 4 oz gloves…

[QUOTE=Eff Pandas;19973164]Yea Holt would be good to. I want some aggressive boxers to go try out bare knuckle sh^t. I think they would f#cking kill it. Someone needs to sign up my man Touch Of Sleep. I think he's late…