To date, the only subject on which the respective camps of Kazuto Ioka and Jeyvier Cintron disagree is whom will prevail in their upcoming New Year’s Eve clash.

Following relatively smooth negotiations for their mandatory junior bantamweight title fight, both sides were also in agreement regarding the officials chosen to work their Dec. 31 clash at Ota-City General Gymnasium in Tokyo, Japan.

Veteran referee Tony Weeks (United States) has been chosen to serve as third man for the contest, while the three judges assigned to score the contest will be Wes Melton (U.S.), Phil Austin (Australia) and Julio César Alvarado (Panama).

While the fight itself represents a road trip for Puerto Rico’s Cintron (11-0, 5KOs; 1ND), the two-time Olympian is at least assured a level playing field.

“The officials for the title fight will be neutral, noted Peter Rivera, head of Puerto Rico’s Best Boxing Promotions, who serves as Cintron’s co-promoter along with Top Rank, Inc. “They will be from the United States, Australia and Panama.” 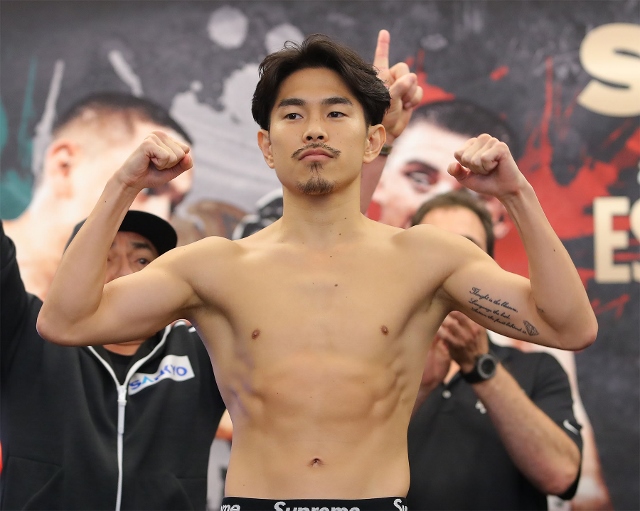 The sport is generally littered with horror stories of boxers being cheated out of clear-cut wins when fighting on the road, although such funny business rarely if ever takes place in Japan. In fact, a recent example of the nation hosting an unpopular decision actually went against one of its own, when 2012 Olympic Gold medalist Ryota Murata was denied what appeared to be a well-deserved decision over visiting Hassan N’Dam N’Jikam in their May 2017 secondary middleweight title fight.

Murata gained revenge in their rematch four months later, stopping N’Dam in seven rounds though in a fight where he was well ahead on the judges’ scorecards to that point.

For a boxer such as Cintron who isn’t necessarily blessed with fight altering punching power, it’s imperative for his team to take any measures to help put his mind at ease. With none of the officials locally based, it’s tough to ask for a fairer fight.

“Since we are on our home turf, it is vital that we ourselves requested not just a neutral officials, but a very experienced referee in Mr. Tony Weeks.” Taku Nagashima, Ioka’s manager told BoxingScene.com. “As far as the judges, we trust in the WBO’s decision and we are very satisfied with the selection as we were in the (last) fight with (Aston) Palicte.”

Japan’s Ioka (24-2, 14KOs) attempts the first defense of the title he claimed in a 10th round knockout of Palicte this past June in Chiba, Japan. The win saw Ioka become the first-ever male boxer from Japan to claim titles in four weight divisions, joining Naoka Fujioka as the second-ever Japanese boxer to accomplish the feat.

The fight versus Palicte saw Ioka’s lone experience with any of the assigned officials for the New Year’s Eve event, as Australia’s Austin had the 30-year old boxer ahead 87-84 at the time of the stoppage. The score was in line with the other two officials as well as the viewing public.

Cintron has also fought just once before in the presence of any of the judges. Interestingly, it also came on the road as the Puerto Rican southpaw claimed an eight-round win over Venezuela’s Gregory Vera in their July 2018 clash in Barranquilla, Colombia. Panama’s Alvarado was among the three ringside judges for the one-sided affair, which he scored 80-71 in favor of Cintron, who won by scores of 80-71 and 79-72 on the remaining cards.

The upcoming title fight marks the first time that either of the two American officials—Nevada’s Weeks and Arizona’s Melton—will work a bout involving either boxer.