The three-division titlist and current unbeaten pound-for-pound entrant will play to a sold out crowd for his bantamweight title unification bout with legendary four-division titlist Nonito Donaire. Their Nov. 7 bout doubles as the finals for the World Boxing Super Series bantamweight tournament, which will air live on DAZN from the main portion of the Saitama Super Arena in Saitama, Japan.

“This is a huge event, a great one for Japan,” Comosa AG’s Kalle Sauerland told BoxingScene.com in revealing his good problem to have of tickets demand far exceeding their now depleted inventory. “It was such great news to hear that this arena is sold out. There will be more than 20,000 at Saitama Arena to witness the handing over of the Ali Trophy to crown the best bantamweight in the world.” 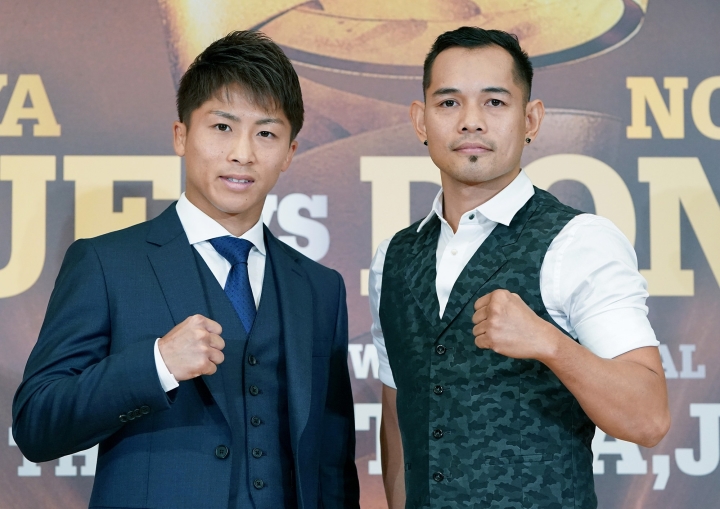 For Inoue (18-0, 16KOs) the event is also a family affair. The gifted boxer from nearby Yokohoma, Japan is joined by younger brother Takuma (13-0, 3KOs) who challenges Nordine Oubaali for the World Boxing Council (WBC) bantamweight title in the evening’s chief support.

The elder Inoue owns the International Boxing Federation (IBF) title and the secondary version of the World Boxing Association (WBA) strap, while Donaire holds the full version of the WBA title.

The show marks the 10th time that the Inoues are on the same card, but the first sine Naoya Inoue has since ventured off into the WBSS tournament. Spectacular knockout wins over Juan Carlos Payano and previously unbeaten titlist Emmanuel Rodriguez in the quarterfinals and semifinals, respectively, have strengthened his case as arguably the best pound-for-pound boxer in the world today. His three bantamweight bouts—including his 1st round knockout of secondary titlist Jamie McDonnell last May—lasting a collective 7:21 worth of ring time.

Inoue’s win over Rodriguez took place this past May in Glasgow, Scotland, his first career fight in the United Kingdom. It came three weeks after Donaire (40-5, 26KOs) continued his unlikely surge into the tournament finals, scoring a highlight reel 6th round knockout of late replacement Stephon Young. Donaire was due to face World Boxing Organization (WBO) titlist Zolani Tete, who suffered a fluke injury during fight week and was forced to withdraw. It occurred nearly six months after Donaire’s tourney advancement in his title-winning stoppage of Ryan Burnett, whose title reign and unbeaten record dissolved when he endured a severe back injury late in the 4th round of their quarterfinals clash in November.

The win ignited a second bantamweight title reign for Donaire, the Fil-Am superstar whose Hall of Fame-level career has included championship tours at flyweight, junior featherweight (twice, including the lineal championship in 2012) and featherweight.  He was considered a longshot to survive the much younger bantamweight field but his presence in the finals coupled with Inoue regarded as arguably the most talented boxer in the world has created a superfight of which fans in Japan simply can’t get enough.

“With this mouthwatering matchup taking place on such a stage, November 7th just got a whole lot bigger,” notes Sauerland.

Can't say it will be a great fight. It could. But definately one I anticipate the most.

[QUOTE=Bigchip;20115192]It’s The Final. Not Finals. Drop the s. Once again, my services as editor come free of charge.... for the first year.[/QUOTE] Wouldnt finals be okay since the WBSS gots 3 weight division finalS & not just 1 final?