MICHAEL HUNTER is waiting by the phone for the call to face Anthony Joshua and insists he can dethrone the WBA, IBF, IBO and WBO heavyweight king.

The American believes he is the only fighter on Joshua’s shortlist who is really ready to step up and face the British star.

Unbeaten Anthony Joshua has been left without an opponent for his June 1 date with Jarrell Miller at Madison Square Garden in New York after ‘Big Baby’ failed THREE drug tests. 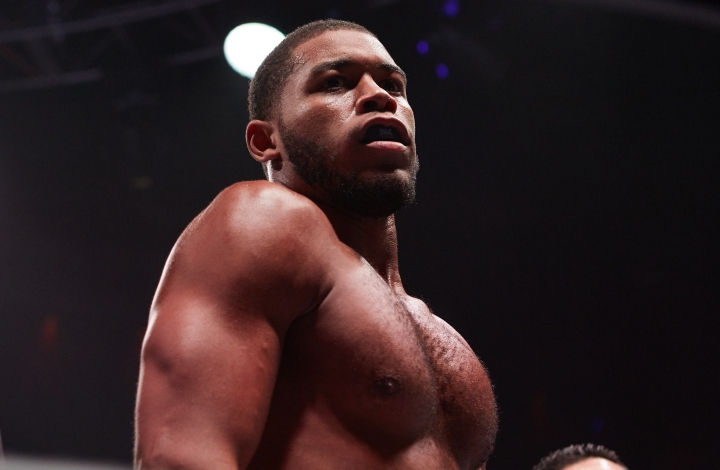 But London 2012 Olympian Hunter, 30, believes his ties to Matchroom and the US broadcaster for the fight, DAZN, make it an easy deal to make and he is already in training for a fight on May 25.

“It’s an exciting time to be Michael Hunter,” he told Starsport.

“They have to pick the right opponent and that is what I am. Some of these guys don’t want to fight. I’m a rising star, I work with Matchroom and DAZN, so I’m a better fit than the others anyways.”

Hunter, who was a sparring partner for Wladimir Klitschko in the past, has lost once in 17 professional fights when he was outpointed by cruiserweight king Oleksandr Usyk in 2017.

He has since moved up to heavyweight and beaten Martin Bakole and Alexander Ustinov to climb the rankings in the sport’s showcase division.

“I wouldn’t be looking for this fight if I didn’t think I could win,” said Hunter.

“My experience and IQ would win me this fight. If they give me the fight the whole world is going to have a different view of me. I guarantee that.

“I will be a tougher challenger than Jarrell Miller. Anthony was able to prepare for the problems that ‘Big Baby’ would present.

“He needs more than six weeks to prepare for what I can do and to figure me out. I would pose a lot more problems.”

At this moment all options for Hearn are poor. He should cancel his latest PPV . He is becoming ridiculous, no back up plan with a fighter top of the bill and a drug cheating history......pure stupidity ,nativity .....but still…

He looks fat at Heavyweight. I'd rather see Joshua fight Andy Ruiz.