“I expect it to be a good fight because Tepora is undefeated and a good Filipino champion, but I’m ready,” said the 30-year-old Ruiz (38-3, 33 KOs), who is after his third straight victory following November's second-round stoppage of Jesus Galicia.

“I don’t think he can handle my power. I’m going to knock him out. I want to do my best to win the title. I’ve been watching videos of him and I’ve been training hard. I’m really focused on how to beat him. I’m still young, but I’ve got the experience to handle him in this fight.” 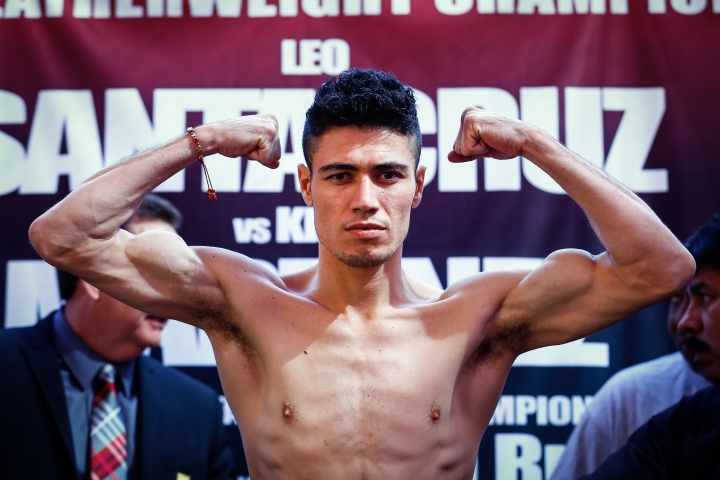 After winning a WBA bantamweight crown by ninth-round technical decision over Alvaro Perez in January 2011, Ruiz's four defenses were comprised of  a unanimous decision and three consecutive knockouts before losing that title by split-decision to Koki Kameda in December 2012.

Ruiz went 5-1 with four knockouts over the course of his next six bouts, splitting his final two in WBC junior featherweight title fights with Julio Ceja. Ruiz lost their first clash by fifth-round TKO in August 2015 in Los Angeles, and won their return bout and the crown by 51-second stoppage in February 2016 in Anaheim, California.

Ruiz lost that crown and his next fight by ninth-round stoppage to Hozumi Hasegawa in September 2016 in Osaka, Japan, before winning his last two by unanimous decision over Dennis Contreras in August and then Galicia.

"Hugo Ruiz is from Los Mochis, Sinaloa, Mexico, which has produced Julio Cesar Chavez Sr. and a lot of other great Mexican champions," said promoter Sampson Lewkowicz. "It will be a very exciting fight, but I think Ruiz will win by knockout and become a new champion."

The 25-year-old Tepora (22-0, 17 KOs) is a southpaw chasing his initial defense and his seventh consecutive knockout victory following a ninth-round TKO over previously undefeated left-hander Edivaldo Ortega, who was stopped for the first time in his career in August.

“It has always been a dream to fight in the United States. I never dreamed that my first fight in the U.S. would be on a card with Senator Manny Pacquiao versus Adrien Broner,” said Tepora, representing Cebu, Philippines in his American debut.

“I look forward to a tremendous fight on January 19, and defending my title versus former world champion Hugo Ruiz. As you know, the best rivalry in boxing is Filipino versus Mexican. It’s going to be a great fight.”

Im pumped for this fight. I wanted to see Hugo Ruiz beat Rey Vargas at 122 but this fight is cool too.

Ruiz can throw heavy punches. Very dangerous. Haven't seen anything impressive with Tepora yet. But he's been improving quite a bit. Tepora's freak KO win over Komanisi and stoppage of Ortega who's never been stopped before. Right now I havent…

Tepora gonna kill this bum sad for him..

[QUOTE=Mexican_Puppet;19371520]Very good fight[/QUOTE]let me guess? U go for tempura? U want to bet some points?