Hughie Fury vs. Sam Peter Set Down For Khan-Goyat Card

British-Pakistani hero Khan and India’s star Goyat make history when the two nations meet in the boxing ring for the first time ever with the specially commissioned World Boxing Council (WBC) Pearl Welterweight Championship on the line. 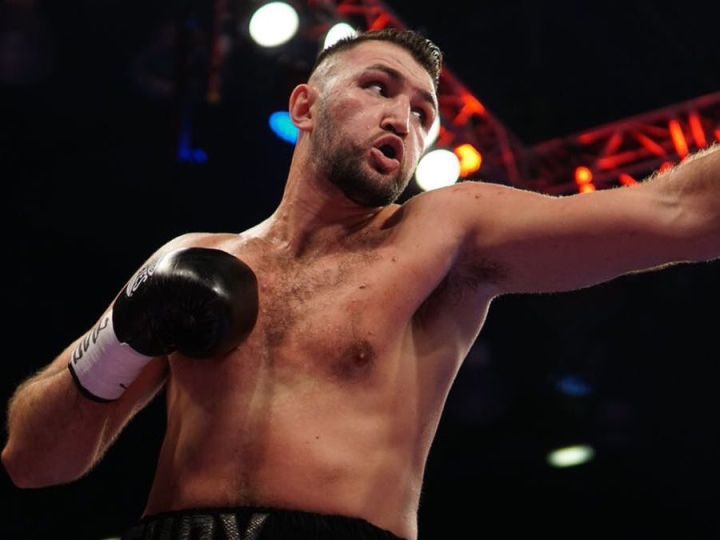 The Bolton star promises a feast from the Middle East when he break down frontiers in the event titled ‘Nations Connect’ as he makes his debut in the MENA region and in the The Kingdom for the first time in his illustrious 14 year, 38 fight pro career.

This will also be Khan’s first terrestrial TV appearance since 2010, as Channel 5 televise his ground-breaking fight to millions with the undercard also featuring on free-to-air 5 Spike in nearly 5 hours of live boxing action.

Khan is hungry to get back in the ring following his controversial sixth round stoppage loss to WBO welterweight boss and pound-for-pound contender Terence Crawford in April.

In the opposing corner stands Indian trailblazer Neeraj Goyat who will be eager to replicate his compatriots’ recent conquest over sporting rivals Pakistan at the Cricket World Cup.

England’s first ever World Youth super-heavyweight champion, the 6ft 6in ‘Fists of Fury’ has already showcased his considerable skills in eight countries since debuting as a pro, aged 18, in March 2013. However, this will be his first exposure in the MENA region and he is promising to expand his fan base by delivering a sparkling performance.

To add further garnish to the bill, Acton pantomime villain Prince Patel attempts to become the first fighter of Indian heritage to claim a boxing world title when he collides with violent Venezuelan Michell Banquez for the Vacant IBO Bantamweight belt.

It’s a genuine toss-up between boxers who both boast 18 wins from 19 outings – Patel’s blemish a draw, Banquez’s an 11 round points loss in Chile – and both claim 13 stoppage wins.

The punching Prince, a three-time national junior champion and 2013 Senior ABA finalist, is as awkward inside the ropes as he is beyond. Love him or loathe him, he’s hard to ignore.

Exciting Penalosa, a Pacquiao clone from Cebu City in the Philippines, is a 5ft 6in southpaw who is unbeaten in 15 fights since debuting in October 2011, aged 20. Ranked 11th by the IBF and 12th by the WBO, he boasts serious firepower. Eleven wins have come early - with all inside five rounds, eight by full count out - and is yet to venture past round eight.

South African Dlamini, known as ‘Light’s Out’, is also highly ranked by two of the sanctioning organisations (WBC and IBF). Since dropping a four-round decision on his July 2015 pro debut, the Gauteng warrior has won 12 straight with six failing to finish. However, his last four have gone the full course (including two 10 rounders and a 12 rounder). He might have the edge if it goes late but that’s a big ‘if’ where these massive punchers are concerned.

All big Sam needs to do is land one heavy hook to Hughie's liver and the bookies pay you a motherlode of cash.

Either Hughie puts the viewers to sleep or Peter gives Hughie a Nigerian nightmare, the tagline should be 'either way someone is guaranteed to go to sleep'.

[QUOTE=Deontay Wilder;19855064]After the fight: "You knock my boy Sam Peter down, why don't you try knockin me down?" - Efe Ajagba [IMG]https://www.premierboxingchampions.com/sites/default/files/styles/responsive_real_382_x_215/public/fighter-primary-image-16-9/ajagba_764x430_0.jpg[/IMG][/QUOTE] Efe is more likely to call out Sam Peter than Hughie, tbh.