Hughie Fury Not Bothered By Likely Hostile Crowd in Sofia

Having landed in Sofia on Saturday evening, British boxers Hughie Fury and Savannah Marshall took in the sights and sounds of Plovdiv- some 150km away in Southern Bulgaria on Monday afternoon, as they took time out from their preparations for Saturday’s ‘Fire & Fury’ event, which is live at 9pm on free to air Channel 5.

British heavyweight champion Fury, 24, and women’s super-middleweight sensation Marshall, 27, visited the ancient city- the second largest city in Bulgaria, taking in some of the cultural landmarks that reflect more than 2,000 years of history including the Roman Antique Theatre, Saint Ludvik Cathedral, Alyosha Monument and the Plovdiv Roman stadium.

After visiting the famous landmarks, the British pair turned their attention to how they could make their own history on Saturday night. 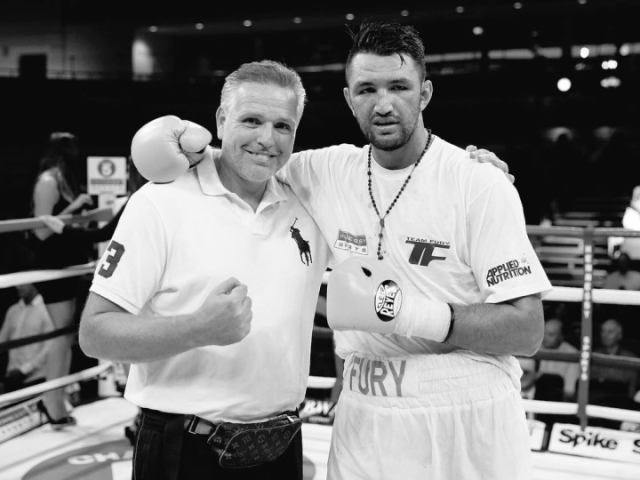 Hughie Fury said: “Since we arrived here on Saturday we’ve had such a warm and friendly welcome from the people of Sofia. They’re genuinely excited about the fight on Saturday. I know the majority of the fans out here will be supporting Pulev but that doesn’t faze me. I’m just going to do my thing and show them what I’m all about.”

Savannah Marshall said: “Bulgaria is a beautiful place. I’d like to get out and see a little bit more but I can’t take anything for granted, my focus is 100% on taking down Yanina Orozco this Saturday night.”

Fury takes on Bulgarian native Kubrat Pulev in an IBF Heavyweight Final Eliminator at the Armeec Arena on October 27. Marshall will face Argentina’s Yanina Orozco in a 10-round bout on the undercard.

Think this will be a boring affair that Pulev will win on points.

Feel like I am on an Island, but I am picking Pulev in a dull, unexciting decision. Most everyone else seems to be picking opposite of me, going with Fury in a unexciting, dull decision.

[QUOTE=Vinnykin;19215164]Maybe the Johnson fight turned people off? I checked the interactive seating plan and it looks around 5000 have been sold.... way under half the 12k capacity any way. They will probably give a lot of tickets away. It seemed…

[QUOTE=1hourRun;19214832]I found nothing but an article stating that ticket prices have been reduced and that little over 5,000 seats have been sold. Theres video interview but in Pulevs native tongue.[/QUOTE] Maybe the Johnson fight turned people off? I checked the…