Hughie Fury: If I Beat Pulev, Joshua Will Avoid Me For a Bit

HUGHIE FURY is not a man of many words.

The 24-year-old takes on Kubrat Pulev in a final eliminator for Anthony Joshua’s IBF Heavyweight title this Saturday.

And, unlike cousin Tyson, Hughie prefers to let his fists do the talking.

Instead of coming out with outlandish comments or unsavoury digs in the lead-up to the bout - set to take place in Sofia, Bulgaria - the British Heavyweight champion is simply focusing on the job ahead.

“It’s been a hard camp, but I’m glad it’s over now and I’m ready for the fight.

“I’m 100 percent confident of getting in there and doing the job, so I’m just waiting to get through the final week of preparation and then we’re in there to do it.” 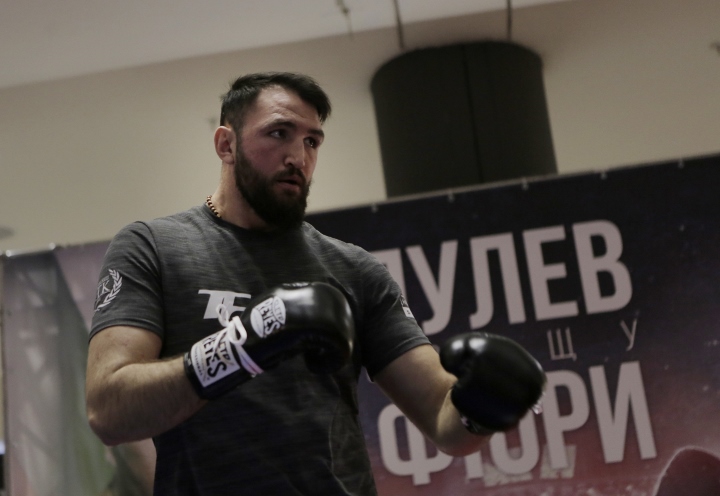 Fury, a highly-skilled technical fighter who enjoys boxing on the back-foot, came up short in his first world title attempt back in September 2017.

Despite promoter Mick Hennessy claiming his performance evoked “shades of [Muhammad] Ali”, Fury was on the wrong end of a majority points decision against Joseph Parker in Manchester.

Five months ago he bounced back from his maiden defeat in style, nevertheless, stopping Sam Sexton on his way to capturing the British Heavyweight title.

Yet, Saturday’s showdown with Pulev will ask contrasting questions of Fury.

The 37-year-old, who has been out of the ring for 18 months, is a tall, awkward heavyweight and is unlikely to steam in headfirst like Parker and Sexton.

But Fury insists he is fully prepared for The Cobra’s defence-minded approach.

“We’ve got everything covered,” he said. “If he doesn’t come forward we’ve got answers for that.

“It’s heavyweight boxing, you never know what could happen. But for what we’ve got planned it should be an exciting night.

If he comes out on top in Bulgaria, Fury will become the mandatory challenger for Joshua’s IBF strap.

Pulev was scheduled to lock horns with Joshua back in March, yet was forced to pullout after picking up a shoulder injury.

However, if he emerges victorious on Saturday night, Fury believes the current heavyweight kingpin will steer clear of fighting him next.

“I don’t think he’ll want to fight me. He’ll probably try and avoid me for a bit as he won’t want that fight straight away.”

yes! AJ been avoiding me too since...

Fury couldnt even get past parker is his own hometown. he has no chance getting past pulev.

uhhhh, no he won't