Hughie Fury: I'd Take April Date With Joshua in a Heartbeat

British champ Fury faces local hero Kubrat Pulev in Bulgaria on Saturday in a final eliminator for the IBF belt, one of the three titles held by Joshua.

Fury, 24, was not impressed by Joshua’s knockout win over Alexander Povetkin last month and is hoping victory over Pulev earns him a call-up to be his English rival’s next opponent at Wembley Stadium on April 13. 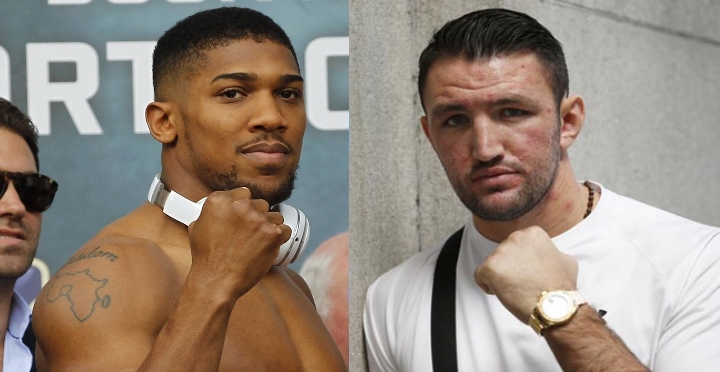 The cousin of ex-world heavyweight champion Tyson Fury said: “Anthony Joshua is 100 per cent the target and I believe that is the fight that is meant to be.

“My main concern is Pulev, but the Joshua fight is the fight I want. Against Povetkin he looked very vulnerable – especially early on – open to a lot of shots and he got hurt a bit.

“When I was watching Joshua against Povetkin I was rubbing my hands and looking forward to fighting him.

“I’d face him straight away. I’d take it in a heartbeat.

"That Wembley date would have my name written all over it.

"I wouldn’t be in this business if I didn’t think I could become world champion.

“If the Joshua fight doesn’t happen for a while, I will take who ever is put in front of me.”

Pulev, 37, was supposed to be Joshua’s opponent a year ago but he pulled out injured with two weeks to go and has not fought for 18 months.

Fury, who lost on points to Kiwi Joseph Parker for the WBO world title just over a year ago, added: “The layoff won’t have helped him.

No hughie u gotta fight Whyte as a measuring stick first plus your not Tyson . Only fighters I see beating Joshua right now is Wilder of course by ko plus Ortiz and Tyson fury based on there style n…

It's a tough ask to go to Bulgaria and KO Pulev. Can't see him getting a points dec. in Pulev's back yard even if it looks like he's dominating. Ref will probably warn him for punching Pulev, kind of like…

AJ will beat Hughie in a heartbeat.

He shouldn’t look past Pulev. He won’t get any favours there so he needs a KO