Hosea Burton will be back in the ring in a couple of months’ time.

The former British light-heavyweight champion was last in action in February.

Burton, who outpointed Josip Perkovic in Manchester, exclusively live on Sky Sports, will fight on the same platform again on October 13. 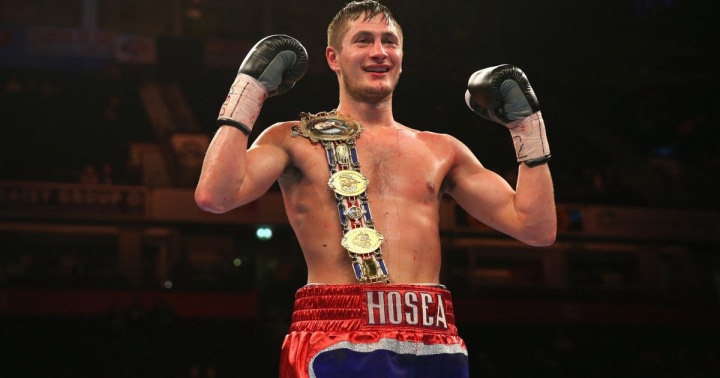 He has been added to the undercard of Eddie Hearn and Matchroom Boxing’s show at the Metro Radio Arena.

And the 29-year-old will get the chance to showcase his skills in Newcastle for the second time, after first fighting at the same venue back in April 2015, when he ticks over on a card co-headlined by Lewis Ritson and Glenn Foot.

Outright British lightweight champion Ritson will be back in his home city after an outing on the September 8 undercard of Amir Khan’s return against Samuel Vargas at the Arena Birmingham, while Commonwealth super-lightweight king Foot takes on Liverpool’s once-defeated Robbie Davies Jr. with the vacant British title at stake.

Boxing Scene understands that, while Burton will definitely box on the bill in the North East, he and his team are trying to get a fight against Seanie Monaghan over the line for October 20.

The fight between Burton and Monaghan, should it be made, would take place at the TD Garden in Boston, exclusively live on Sky Sports in the UK and DAZN in the States, as part of the supporting cast to Billy Joe Saunders’ WBO middleweight world title defence against mandatory challenger Demetrius Andrade and Katie Taylor’s clash against Cindy Serrano in a defence of her WBA and IBF female lightweight world titles on a bill which will also feature Hull’s Tommy Coyle.

Meanwhile, there have been additions to the Newcastle bill, too, with it having been confirmed that there will be action on the card for newly-crowned WBA International light-heavyweight champion Joshua Buatsi and Yorkshire heavyweight David Allen after his fourth-round British title eliminator stoppage win over Nick Webb last month.

Further details regarding both bills are expected to be revealed in due course.

Should be a decent night