Former two division undisputed champion Evander Holyfield is not looking to face any boxer outside of his own age group.

Holyfield, 57-years-old and inactive since 2011, is looking to return to the ring to take part in an exhibition bout.

He wants to have a trilogy fight with his career rival, fellow former champion Mike Tyson, who at 53-years-old is also looking to take part in his own comeback showcase, as part of a few exhibition bouts to raise money for charity. 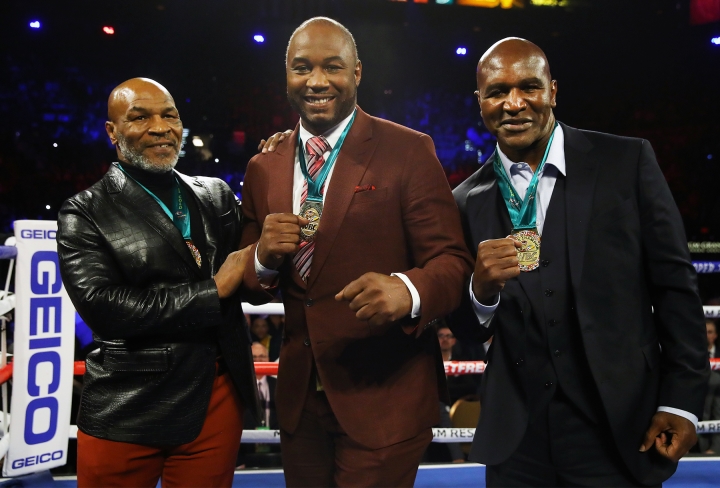 There is no guarantee that Holyfield is going to land a third bout with Tyson - who recently said that there were many potential opponents for his comeback.

If he doesn't secure that trilogy fight, Holyfield is not looking to face any of the young guns in the heavyweight division.

So if he doesn't get Tyson, then Holyfield would want someone like Riddick Bowe or Lennox Lewis.

"It’s better you do it with people who have been around like you," Holyfield told The Times. "I don’t want to go and fight someone trying to make a name for themselves. People want to see me and [Riddick] Bowe, of course Mike Tyson and maybe Lennox, that would be good. I’ll spar with anyone."

During his Hall of Fame career, Holyfield had two fights with Lewis and three fights with Bowe.

If he had to select his toughest career opponent, Holyfield would without question select Lewis - who fought Holyfield to a controversial draw in their first meeting and then won a twelve round unanimous decision in their second meeting.

"He was a big guy who was not going to fight your fight. He was a very knowledgeable boxer," Holyfield said.

[QUOTE=mawoodhouse;20591124]Bowe should NOT be cleared to fight, exhibition or not...he is obviously brain damaged and his speech has been slurred for years now.[/QUOTE] Holy and Bowe are really close friends now. I think he said Bowe because neither of them…

Eh, if they're gonna do it, then yeah, just let the old guys mess around. Maybe it'll help them stay in shape & leave their wives alone :lol1: [QUOTE=mawoodhouse;20591124]Bowe should NOT be cleared to fight, exhibition or not...he is obviously…

These guys need to hang em up. With that said, i will watch whenever Tyson chooses to fight outside of wrestling even if he is 80 years old.

[QUOTE=Tatabanya;20590588]If he got into serious training, I'd still give him a shot to beat Fury and Joshua in a real fight.[/QUOTE] You make it sound like he is 29. No 49 year old is getting into "serious training". Get real.