MARCH 27, 2021 IS A HUGE DATE FOR HERMAN ENE-PURCELL AND JOE GOODALL. With the heavyweight scene in Australia exploding Goodall and Ene-Purcell have almost become the forgotten pieces in an ever growing Aussie heavyweight jigsaw puzzle.

March 27 as part of the TGW & Smithy's Promotions Big Fights 27 card they both want to make a statement. They both have their sights set on a bigger prize and the only way to do that is go through each other.

Ene-Purcell, is the ANBF Australasian Champion and is ranked number 5 in the ratings, Goodall is the undefeated former amateur superstar who is unbeaten in the pro ranks and rated number 6. 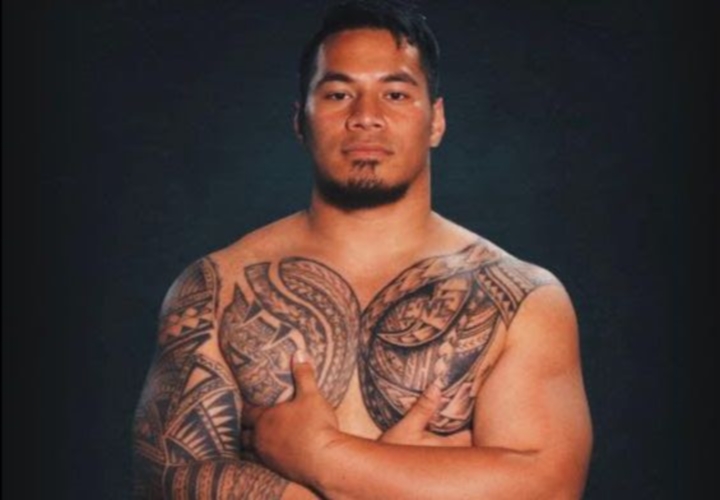 Adding further incentive the bout is for the WBC Australasia title with the winner qualifying for a coveted world rating.

To put it simply a win here is massive for both men.

"I'm looking forward to reminding everyone about the forgotten heavyweight of Australian boxing.

"I can't wait to make my long awaited return to the ring against the very tough and very experienced Herman Ene-Purcell."

Whilst Justis Huni is dominating the heavyweight headlines at present, before injury Joe Goodall was spoken about in the same manner.

As an amateur he was a 2017 World Championship bronze medalist, 2014 Commonwealth Games Silver Medalist a two times Oceania Champion and a three time Australian champion.

In the pros he's undefeated in seven fights with six wins and one draw. Five of his six wins have come via first round knockout.

For Herman Ene-Purcell this is the biggest opportunity of his career, not only the WBC Australasia title but also an opportunity to make a real exclamation mark on the domestic heavyweight scene.

It's also a personal and sentimental opportunity for the Herminator.

"To fight on Brayd's night is something really special to me," Ene-Purcell said.

"Brayd was special to me, he believed in me when many others didn't and I'm forever grateful for that but also his father Brendon who is more than a trainer manager to me so to fight on this night for him is also truly special.

"Brayd was a WBC World Youth Champion so to fight for a WBC belt on his night is an incredible honour.

"Joe Goodall is a tremendous talent, he's got all the skills but respectfully I believe I'm the toughest test of his career.

"I've rubbed shoulders with the likes of Paul Gallen, Will Nasio, Kyotara Fujimoto, Justin Whitehead and many others so I'm seasoned and I honestly feel like I'm only getting better.

"Joe has a point to prove, I have a point to prove so it's going to be a great fight. I'll put everything into training camp and give myself every chance of success come March 27."

TGW & Smithy bring the Big fights 27 on March 27 is an orange theme in memory of Brayd.

"It's a special sight to look out over a packed house in Rumours and see a sea of orange shirts in honour of Brayd," TGW & Smithy's Promotions Promoter Brendon Smith said.

"Brayd's memory lives on. It'll be a great night in honour of a great person in and out of the ring."