Heraldez: Prograis Knows I Can Box, Punch, Something That He's Not Ready For

The undefeated Heraldez, who is promoted by Floyd Mayweather’s company, doesn’t believe Prograis thinks that little of him.

“I don’t think he’s overlooking me,” Heraldez told BoxingScene.com following the press conference. “He’s selling the fight and he’s gonna talk this crap. But if he did his homework and watched a little bit of videos on me, he knows I can box, he knows I can fight, he knows I can punch and, to me, that’s something that he’s not ready for.” 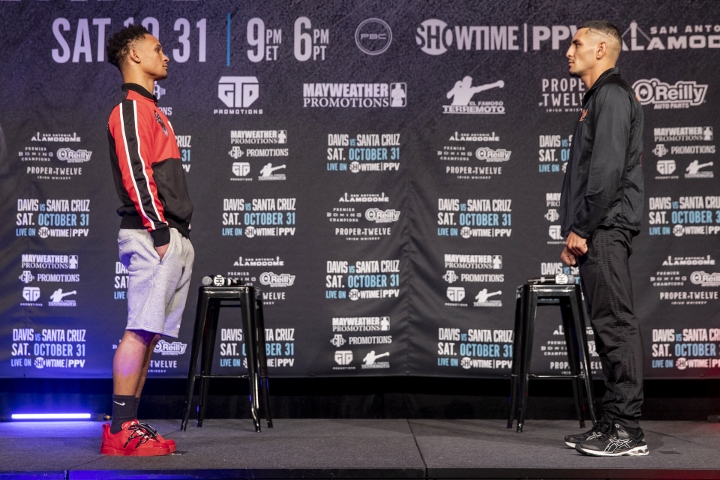 New Orleans’ Prograis (24-1, 20 KOs) and Heraldez (16-0-1, 10 KOs), of North Las Vegas, Nevada, both will end long layoffs when they square off in a 10-round junior welterweight bout on the Gervonta Davis-Leo Santa Cruz undercard at Alamodome.

“I don’t plan on getting hit,” Heraldez said. “Whatever he thinks he’s gonna land, I don’t think he’ll get clean shots on me like that because of my defense, my smarts, my jab and my movement. So, ask him the question after the fight, how I punch.”

Prograis-Heraldez will be the second of four fights Showtime Pay-Per-View will offer Saturday night, starting at 9 p.m. ET/6 p.m. PT ($74.99).

Prograis not making weight was a bad look, and quite probably an indication that he hasn't prepared as well as he should have?