By Chris McKenna, courtesy of The Daily star

But Joshua’s promoter Eddie Hearn has revealed how Fury’s claims that Joshua has borrowed his belts left the current champion frustrated.

Fury was stripped of the IBF title soon after beating Wladimir Klitschko in 2015 before he relinquished the WBO and WBA belts a year later. 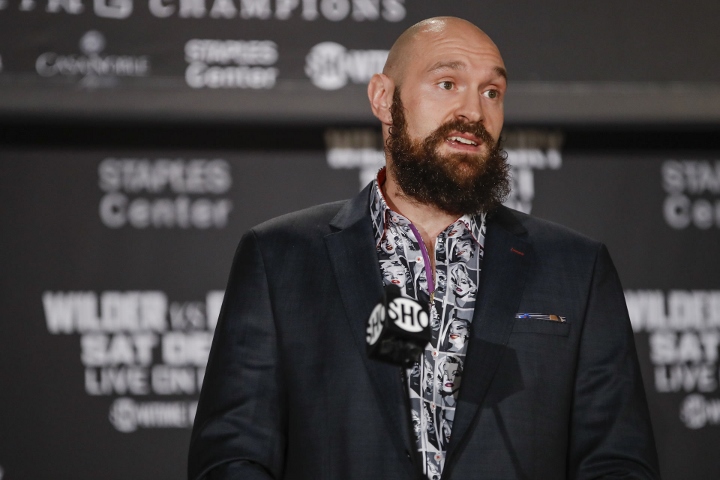 Joshua has since collected all three titles and gone on to become one of the biggest names in the sport.

Hearn said: “I think if it was man on man and there were no belts, nothing, I think Joshua would probably prefer Fury because there’s always been the 'oh he was the champ, you won his belts' and stuff like that.

“So maybe that’s in his head a little bit but he wants to be undisputed.

“Fury beat (Wladimir) Klitschko but this lineal thing is quite ridiculous.

“The lineal championship doesn’t actually exist. It’s a mythical title that people want to use when they don’t have any belts.

“So he’s the man who beat the man, something like that, who failed a drugs test, took two years out and basically refused to train or get in the ring.

“So it’s not Josh’s fault – they were available and he won them but I think in the back of his mind, he wants to do a job on Fury as well.

“He wants to do a job on both of them and he’s going to violently do that.”

Hearn insists he has held talks with Wilder’s team in the last week about the American facing Joshua on April 13 at Wembley Stadium.

But the WBC champion is also in talks with Fury’s team over a rematch of their dramatic draw last week.

The WBC has already said it will sanction the return fight but Wilder could still apply to the sanctioning body to face Joshua in a unification clash.

Hearn has also spoken directly to Fury to congratulate him on his performance against Wilder but remained tight-lipped on any discussions about a possible fight with Joshua.

He said: “Wilder may choose to rematch Fury, it’s a big fight. It just all depends how much Wilder wants to be undisputed champion.

“He’s always gone on about “one face, one champion” well this is it. He may get beaten by Fury, Joshua may get beat. Who knows? But this is the chance for all the belts on the line.

“If Joshua fights Wilder it’s going to be X-rated because someone’s head is getting taken off. So it’s very different styles of fights.

“Everyone thought he lost so he drew and although his stock has gone up because he is well-known, it’s not like he was phenomenal.

Hearn said the reported 300,000 buys for the Wilder against Fury fight on US pay-per-view is an “absolutely terrible” number and would expect the rematch or a fight with Joshua to do “double that amount”.

The Matchroom chief has revealed that their offer to Wilder for April 13 will be a two-fight deal with the second clash in the US.

He added: “The first Wilder fight would be here (UK) and we’d agree to a second Wilder fight in America. That’s the difference this time, we’re saying: “We’ll give you two fights.

“Because last time they accepted one fight with a rematch clause for Joshua so we’re willing to make concessions.”

[QUOTE=SeGoodland;19345783]I don't even know where to start with this but lets go with... Tyson Fury won the 'Lineal Title' from a man who didn't beat the man who held it before. Joshua didn't get the titles out of a cereal…

[QUOTE=Nusky;19344996]Another mayweather/pacquiao situtation and everyone is falling for it AGAIN. This is a textbook long con and we're the marks. I'll still be in attendance when this fight happens 3 or 4yrs from now getting fleeced for my hard earned…