Joshua is slated for a mandatory defense against Kubrat Pulev on the tentative date of December 12.

And Fury is scheduled to face Deontay Wilder in a trilogy fight on the tentative date of December 19. 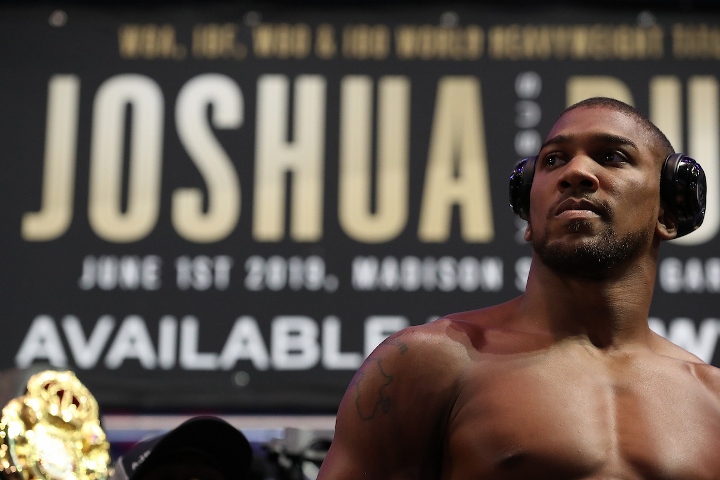 Should both champions win their respective fights, they will be in position for a unification showdown in 2021. The two boxers have already agreed on the financial terms for a two-fight series.

Hearn believes Joshua will do what he has to do, including the scenario of vacating a title, to get Fury in the ring.

Should Joshua get past Pulev, then there is a mandatory obligation due to the WBO's top man, which is Oleksandr Usyk.

For his part, Usyk still has to overcome Derek Chisora on October 31. At the same time, Usyk has already made it clear that he doesn't have any intention of working out a step-aside deal in order to allow Joshua vs. Fury to take place in the coming year.

“AJ has always had one mission and that is to have all four major belts, be undisputed champion, and he only needs the WBC title now to do that," Hearn told The Sun.

“But he also wants the biggest fights in the world and, in these uncertain times, if he has to drop one belt to make the Fury fight happen then I think he will consider that now.

“A few months ago I would never have said AJ would even consider relinquishing a title. But AJ vs Fury is the biggest fight in boxing, he really wants that fight, and he will go to great lengths to make it happen, if he has to.”

[QUOTE=LoadedWraps;20787443][COLOR="Navy"] Why would he be done? Because of one loss? Or even two? Lmao.[/COLOR][/QUOTE] Two embarrassing losses, getting near to late 30s, isn't and never was a big draw (without Fury, you know it's true), but still has a right…

[QUOTE=Songbird;20787059]now that fury has taken care of wilder for joshua he's getting all brave and talking like he should have done to make the wilder fight instead of offering BS flat fee's for years smh[/QUOTE] Preach Bird

Great lengths XD What? Drop a pointless belt. Fight someone under 38(age or stone) Cant use Whyte to block undesputed anymore while Princess is still learning.

No one gives a fuk. These guys aint fighting, neither is Crawford vs Spence.

What does his opinion matter? He's just some promoter.