Hearn Fires Back at Wilder Over Critical Joshua Comments

Back in June at Madison Square Garden in New York City, Ruiz dropped Joshua four times to secure a seventh round stoppage in a huge shocker. 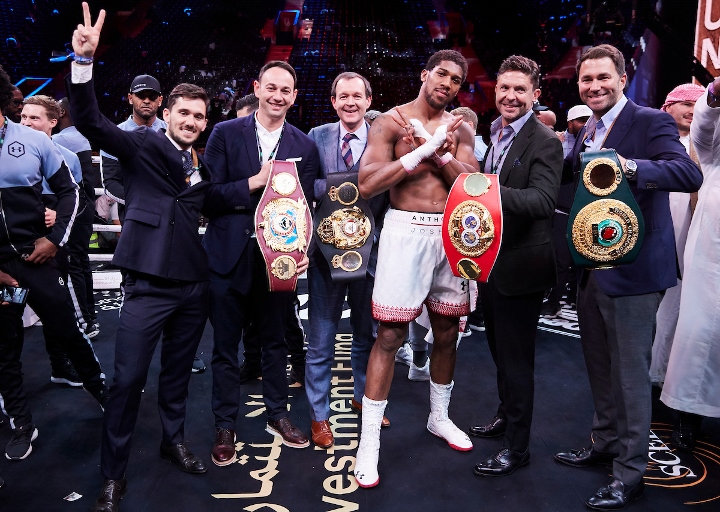 Ruiz entered the ring out of shape - 15 pounds heavier than he was in the first bout - and Ruiz was not exactly in top shape the first time around.

Joshua simply used movement and boxing, round after round, and also grabbed Ruiz when he came inside.

"Joshua did what he had to do to get the win. He ran around the ring and was on his bike all day. Basically, he had Klitschko in the camp and he was a lot like Klitschko: that jab-grab-hold method. That’s all he did tonight," Wilder told The Athletic.

"I’m not coming in, after losing to this guy, to just dance and grab and jab and hold. I’m going to show the world and convince them I am the very best and that no one is close to me, especially with what’s going on in the division right now. It’s a time of proving who is the best. Joshua had many times he could’ve gone for the finish after he landed the right hand.

"When you land the right hand, you’ve tackled the distance. When you land that punch, you know you’re in exact position for the second time around. ‘But he was so hesitant… Joshua’s mentality was to survive. The Klitschko method. The difference is my mentality is that of a beast, a warrior, a king, an emperor – all those things. If he calls himself a king, he’s just on the nicer side of it. This is a brutal sport and that’s how I treat it. I ain’t showing no love for anybody in that ring."

Eddie Hearn, the promoter for Joshua, fired back after being advised of Wilder's statements.

"What after Joshua put on an absolute public exhibition and schooled the world heavyweight champion?," Hearn told IFL TV.

"'We spend too much energy and time on Deontay Wilder who in the whole grand scheme of things has just boxed in America at Las Vegas and sold 7,000 f---ing tickets and done about 100,000 buys on pay per view. No one gives a monkeys about Deontay Wilder, I'm sorry but it's true."

Come on wilder man. You can't criticise how he fights and dream.what you'd do to him and then not fight him. Kevin Johnson and Charles Martin also dreamt what they do to him and look what happened. They sounded even…

Come on man, wilder. Get in ring with josh and give us a practical demonstration rather than verbal explanation.

[QUOTE=eco1;20252549]We will see, one of us will be wrong and the other will be right. Nothing wrong with that. It is 1-0 Fury right now.[/QUOTE] Here I'm thinking that the first fight was a draw and that Wilder was the…

Wilder is right, Joshua fought a safety first fight. We watched Floyd for years do it, but seeing Joshua and just his reaction to punches from Ruiz was comical at times. He can try that style against Wilder, but he…