Now that Wladimir Klitschko has retired, promoter Eddie Hearn has turned his attention toward finalizing an Anthony Joshua-Kubrat Pulev fight for the fall.

Hearn told London’s Daily Mail on Thursday that he expects England’s Joshua to make a mandatory defense of his IBF heavyweight title against Bulgaria’s Pulev either on October 28 or November 11 in Cardiff, Wales. The Joshua-Pulev fight likely will take place at Principality Stadium, the site of the Joe Calzaghe-Mikkel Kessler super middleweight showdown in November 2007 (then Millennium Stadium).

Hearn had hoped to take the Joshua-Klitschko rematch to T-Mobile Arena in Las Vegas on November 11, but the 41-year-old Klitschko announced his retirement Thursday in a statement posted to his website. A Joshua-Pulev fight was the backup plan for Joshua’s promoter all along. 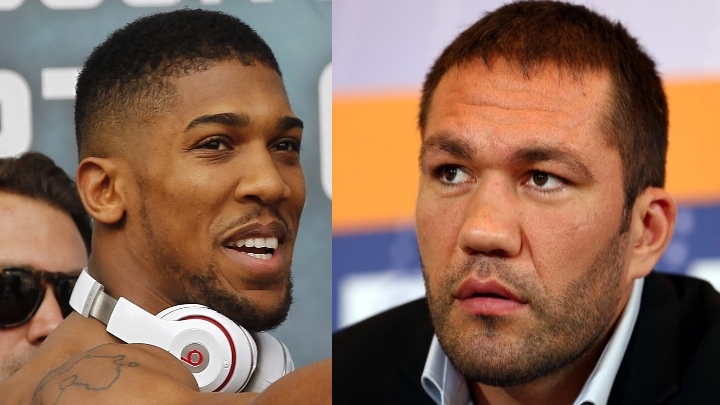 “We have an agreement in place with the IBF that if it wasn’t Klitschko, it would be Pulev,” Hearn told the Daily Mail. “It will almost certainly be Pulev next. We need to sort out the final details, but the venues don’t change. It will still be Vegas or Cardiff, with Cardiff probably the frontrunner.

“The date will be the same as well – probably October 28 or November 11, because ideally we would like AJ to fight again in February or March, so he can have three fights in 2018.”

A rematch with Klitschko would’ve been a much bigger fight for Joshua than a mandatory defense against Pulev (25-1, 13 KOs), who Klitschko stopped in the fifth round of their November 2014 bout in Hamburg, Germany. The 27-year-old Joshua (19-0, 19 KOs) overcame a sixth-round knockdown to stop Klitschko in the 11th round of an epic encounter that drew a crowd of roughly 90,000 to Wembley Stadium in London on April 29.

“We are obviously disappointed from an event perspective because the rematch was huge,” Hearn said. “But from a personal perspective, I am happy for Wladimir. He has had a tremendous career and leaves with a great legacy, in great health and with everything he needs in life. He could’ve made millions for this fight, but he already has millions.

“Sometimes a fighter goes in the gym and after a couple weeks realizes the hunger just isn’t there. That is when you have problems. But Wladimir knows in himself that this is the right time and I wish him nothing but the best.”

This is actually a much better fight than people will give it credit for. With Wlad gone and Fury on the fritz, Pulev is a top 5 HW in the world

[QUOTE=chepboxingking;17915607]Think he's better than Stiverne?? I personally have it as a toss-up but prolly would lean towards Stiverne 51/49[/QUOTE] Pulev is streets ahead of Stiverne. Comes into fights in much better shape, far superior hand speed and boxing skills. I…

[QUOTE=chepboxingking;17915607]Think he's better than Stiverne?? I personally have it as a toss-up but prolly would lean towards Stiverne 51/49[/QUOTE] Pulev would UD Stiverne.