Hearn Doubts Wilder Moves To Fury - Until Ruiz-Joshua is Over

Wilder is scheduled to face Luis Ortiz in a rematch on November 23rd at MGM Grand in Las Vegas.

Should Wilder win, he is slated to face Tyson Fury in a rematch on a date in February. 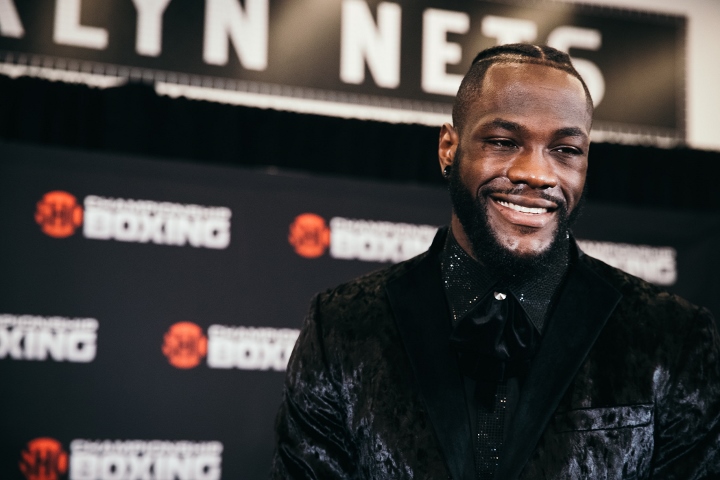 Both Wilder and Ruiz are handled by Al Haymon's Premier Boxing Champions - making a fight between them very easy to make. Fury is co-promoted by Top Rank and Frank Warren, and has deals with rival television platforms.

But Top Rank's CEO Bob Arum has insisted that both Wilder and Fury have signed contracts to face each other next year.

"I don't see how the February fight with Fury can happen," Hearn told Sky Sports. "To be honest with you, I think the whole world is looking at Joshua-Ruiz, and I don't think anything will happen until that fight takes place, because you've got Joshua, Ruiz who's with the PBC and Al Haymon, so is Deontay Wilder.

"If Ruiz beats Joshua, they'll be looking to make that fight, an undisputed fight, but obviously if Joshua wins, that throws everything out and who can rule out Joshua against Tyson Fury at Wembley next summer.

"Win or lose against Ruiz, that's a fight we must see, but the focus for AJ is just to beat Andy Ruiz. Wilder and those guys, their future is defined by themselves. For Joshua, it's never been about Wilder, it's been about the undisputed, but that dream is over until he gets his belts back on December 7."

[QUOTE=factsarenice;20095320]Bang bang tootsy settle down, y'all know what I'm talking about, man![/QUOTE] You sound dumb and fruity. Suck ya mum with a straw and stop suck Hearn the scumbag off. And if you’re Hearn or one of his puppet, you…

Wilder will hold back on Fury until the AJ Ruiz rematch is over. If Ruiz wins again then we will see an undisputed fight, if Joshua wins Wilder will go to Fury.

[QUOTE=REDEEMER;20093482]You realize hes in an interview right ? Besides that he tried getting both Fury and wilder to fight AJ but they didn't want it. He got AJ unified titles and a Klitschko fight ,stop talking nonsense, come'on now you…

Bang bang tootsy settle down, y'all know what I'm talking about, man![QUOTE=BangEM;20093493]Hearn is a scumbag and a parrot. He talks too much and he’s the one who’s solely putting unnecessary pressure on AJ. It’s easy to do when he’s not…

Hopefully the winner of Ortiz/Wilder fights the winner of AJ/Ruiz. Fury can find another euro bum to bust him up again once his eye heals.