While HBO Sports is distributing the September 16th middleweight showdown between middleweight ruler Gennady Golovkin and Saul 'Canelo' Alvarez, the centerpiece of their upcoming schedule on the actual network takes place the week before at the StubHub Center in Carson, California where a trio of super flyweight bouts are being highlighted by the network.

The main event is the rematch between WBC titlist Srisaket Sor Rungvisai and Roman Gonzalez (who tangled on March 18th with the Thai boxer taking a disputed decision), then an all-Mexican battle between Juan Francisco Estrada and Carlos Cuadras and the American debut of Naoyo Inoue, the WBO belt-holder, who faces Antonio Nieves.

"I was thrilled to see it come together because they're fights I'm excited to see and Tom Loeffler (managing director of K2 Promotions) did an exceptional job in working hand-in-hand with a lot of different folks, in particular Fernando Beltran, Mr. (Akihiko) Honda and other promoters involved on the show," said Peter Nelson, the Executive VP of HBO Sports. 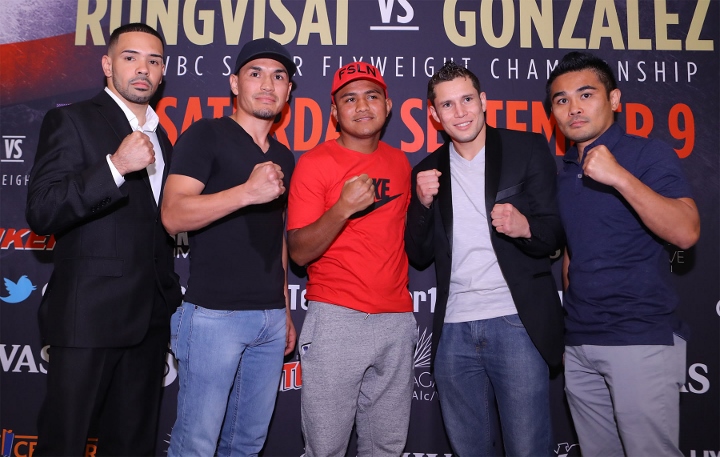 Plenty of loose ends had to be tied together to make this highly anticipated card come together. Six promoters are involved in this show.

Nelson continued - ''When Tom came to me and said,'lets do something historic' by putting three super flyweight fights on one show in a way that's never been done before, at the highest level like that. I said, 'If you can get it done, go do it,' and he came back to me not too long thereafter and said, 'It's all wrapped up.'

"So we're really thrilled to be a part of it because to see fights at such a high caliber fighting one another on one show like that, fight after fight. You just know that's going to be great entertainment - you have to applaud these fighters for making these fights."

Very good card but sadly nobody gives a sh1t about lower weight classes not even So Called "Hardcore Boxing Fans" so ratings won't comeback great for this one but still should be entertaining for those who do watch :nonono: :dunno:

HBO should air Willow as a pregame taster!!

If Chocolate does his ring entrance to this song he will win.....Superfly by Curtis Mayfield