As was the case on this very weekend one year ago, HBO and Showtime both struggled in the ratings department following dueling network boxing telecasts this past Saturday. 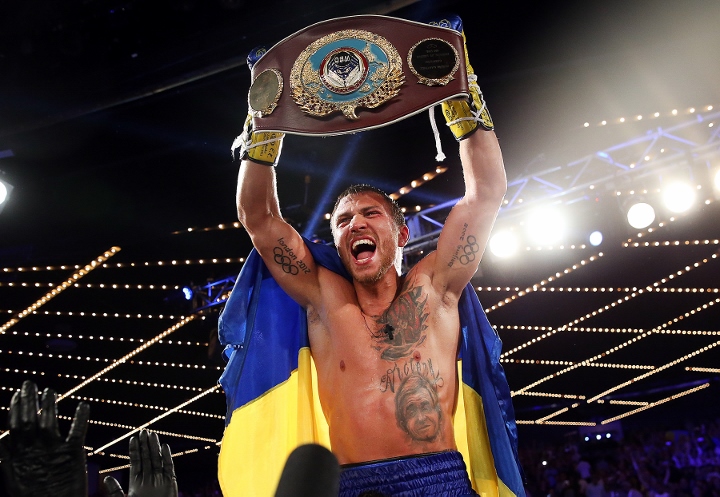 Opening the telecast, unbeaten lightweight Felix Verdejo performed on MSG property on the eve of the Puerto Rican Day parade for the third straight year. The latest adventure for the 23-year old from San Juan, PR came in the form of a one-sided 5th round knockout of Juan Jose Martinez.

The bout averaged 513,000 viewers, with a peak audience of 538,000. Both numbers are down from similar placement one year ago when he scored a 10-round decision over Ivan Najera, although the fight itself outperformed that evening's main event, in which Nicholas Walters - who missed weight and vacated his featherweight belt during the pre-fight weigh-in - outpointed Miguel Marriaga over 12 rounds.

Some 250 miles away upstate in Verona, New York, Showtime presented a televised tripleheader on the eve of the annual International Boxing Hall of Fame induction ceremony which was held one exit away on the NYS Thruway in Canastota, New York.

The Showtime Championship Boxing telecast saw a significant upset in the main event. as John Molina boxed his way to a 12-round unanimous decision victory over Ruslan Provodnikov. The headlining act - which served as Provodnikov's network debut after having appeared several times on rival HBO - averaged 465,000 viewers, topping out at a peak audience of 568,000 viewers.

While not blockbuster numbers, the featured attraction performed 11% above the SCB year-to-date main event average.

Molina-Provodnikov was the 3rd-most watched Showtime boxing headliner this year, behind Deontay Wilder's one-punch 9th round knockout of Artur Szpilka in January and Erislandy Lara's recent split decision win over Vanes Martirosyan in the May 21 rematch. The peak viewership is Showtime's 2nd best of 2016, behind only Wilder-Szpilka.

The co-feature saw Demetrius Andrade break through to - or at least near - the forefront of the super welterweight division with a one-sided stoppage win over Willie Nelson. Interestingly, the bout itself averaged 372,000 viewers, but word-of-mouth prompted a spike in viewership during the post-fight interview, which averaged 423,000 viewers.

Opening the show, Dejan Zlaticanin laid claim to a vacant lightweight title with a 3rd round knockout of late replacement Franklin Mamami. The three-round affair averaged 301,000, though offered a considerable jump in peak viewers at 368,000 despite such little time for momentum to build.

[QUOTE=North Star;16788695]Exactly. This was his first main event. I can guarantee his next HBO date will have increased numbers and will steadily build during his career.[/QUOTE] This is my general feeling. The HBO number was low, but it was Lomachenko's…

[QUOTE=Jsmooth9876;16787317]Why all the crying about how much Lomachenko makes? You ever think he signed a contract with a minimum purse guarantee? Same as Bradley,Pac etc.... Top rank seems to hand those out to guys.... And of course nobody knows who…

Andrade/Nelson and Lomachenko/Martinez were the best fights of the evening..I wish I could send the networks a gigantic post card that read, "Hey smart guys, competing is stupid, we want to watch all of the fights so stop airing at…

Lmao at people saying loma isn't a draw.. No fighter ever became a "draw" with very few significant wins... Floyd, manny, marquez, Wlad, cotto, Canelo are the only dudes who have been in enough big fights to have a huge…