HBO threw in the towel and ended its 45-year run with live boxing in 2018, but they are reentering the boxing ring again to create premium programming.

The network is developing Unruly, a six-part series on the world’s first Black heavyweight boxing champion in Jack Johnson. Two-time Academy Award winner and True Detective star Mahershala Ali will star in the series and play the role of Johnson.

The limited series is being described as "unapologetically Black, no-holds-barred telling of Jack Johnson, the world's first Black heavyweight boxing champion. This bold exploration depicts the champion's rise to athletic greatness and the costs he paid for his skin and defiance, which created a blueprint for Black resistance in every justice movement for generations to come," per Variety. 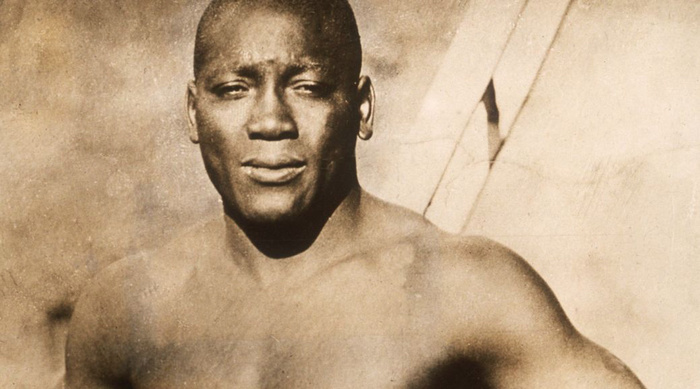 Unruly will be produced by Playtone, which is headed by Hollywood heavyweights like Tom Hanks and Gary Goetzman. It will be written by Dominique Morisseau.

The 46-year-old Ali previously portrayed the “Galveston Giant” in 2000 during one of his first acting gigs in a stage production of The Great White Hope.

Johnson’s life has been previously portrayed in the PBS documentary Unforgivable Blackness: The Rise and Fall of Jack Johnson. It was produced and directed by heralded documentarian Ken Burns.

The 3.5 hour picture explored the highs and lows of Johnson’s life, most notably as heavyweight champion from 1908 to 1915 at the height of the Jim Crow era. In 1910, Johnson defeated James J. Jeffries in what was then billed as the “fight of the century.”

Ali has expressed several times throughout the years that he’d love to play the role of Johnson.

Network failing. Had a niche in boxing. Losing viewers by the buckets. Explained ,to your satisfaction?

I'll definitely watch this, even if it doesn't really get into anything not already known to boxing fans, it will be in terestingt to see how it pans out over six parts. It would be cool if this was a…

[QUOTE=Dip_Slide;20640872]Looking forward to that, Jack Johnson gave historically few fücks about what society thought of him. He lived his life the way he wanted and he was a pioneer inside and outside if the ring.[/QUOTE] Looking forward to it as…

[QUOTE=57Blues;20641077]I remember listening to a historian speak of the rise and decline of boxing thru the years. He spoke of what triggered more attention to the sport of boxing and one thing he mentioned was the movie ROCKY having a…

I wonder if they will mention President Trump's pardon of Jack Johnson, or leave it out because it doesn't fit their liberal F.(@)GG0t race narrative. --- Presidential pardon There have been recurring proposals to grant Johnson a posthumous presidential pardon.…