Haye Warns Fury Not To Be Overconfident in Wilder Trilogy

Former two division champion David Haye has warned his countryman, Tyson Fury, to avoid being overconfident when he steps in the ring with Deontay Wilder for a third time.

The two massive heavyweights fought to a controversial twelve round split draw in December 2018.

In the February rematch, Fury dropped Wilder twice and stopped him in the seventh round to capture the WBC heavyweight title. 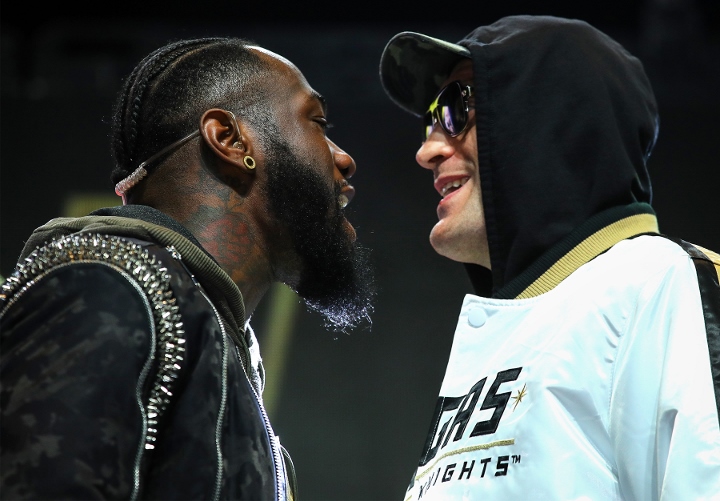 Wilder has since exercised an immediate rematch clause, with the third contest, due to the ongoing coronavirus pandemic, being targeted for October.

Haye was twice scheduled to face Fury - and withdrew both times with injury. He also used Wilder as a sparring partner in the past.

"But looking at that last fight, I’m a fan of Fury and Wilder. Both warriors, both big powerful men, different skill sets, but their styles gel beautifully. The third fight is Fury going to be overconfident going in thinking he’s got his measure and Wilder all of a sudden comes in at a different level and shocks him with one of those massive shots."

Haye, after listening to the post-fight statements by Wilder, was shocked that he was downplaying the victory of Fury.

"I don’t understand that. That was about as conclusive as you can get really. I can’t imagine him saying that. Maybe he just doesn’t feel he turned up and thinks he beat a very, very poor version of himself. Although technically it was him in the ring. It’s an interesting one I don’t know how feel about that because he said after the fight the better man won in the ring," Haye said.

"But he’s got an opportunity to do it again and he has a perfect opportunity to back those statements up. If he goes out and knocks Fury out in the rematch in one round then then you can say 'ah, that was the real Deontay Wilder, sorry.' His comments can only really be reflected on after the third fight, then you can say either he was talking complete nonsense or he wasn’t the real champion because the real champion showed up this time."

This trilogy will not happen! It is goodbye to Fury-Wilder fight

Wilder hits so hard that I can't see fury underestimating wilder. His training will be geared to not getting hit and hitting wilder

I've got a strong gut feeling that this fights not happening next. My guess is Wilder stays out with injury and they never fight again.

At least Deontay has the guts to get back in the ring with Fury... How many times did Haye duck out?

Fury is a clever boxer. I don't think he will underestimate anything and will prepare for everything.. Wilder can't do no worse than what weve seen over 2 fights so depending on what Wilder we see will determine the fight…