Khan is a huge underdog, with most pointing to his questionable chin and Canelo's advantages in size and power. Khan has been knocked out at lightweight and junior welterweight. 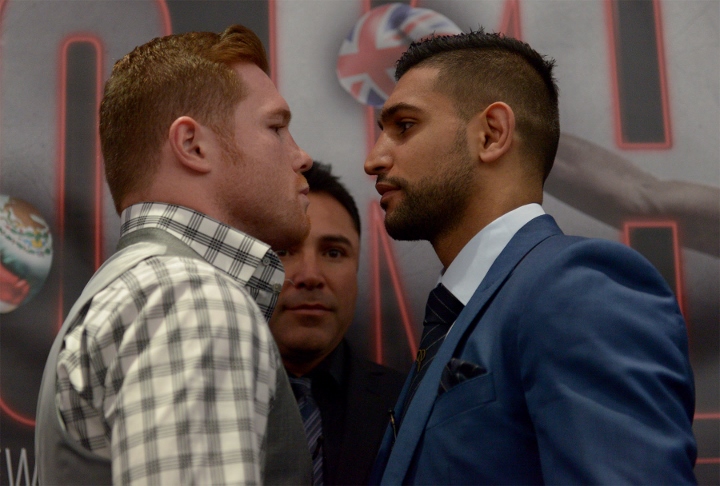 While many expect the fight to be physical mismatch, Haye feels very confident that Khan will shock the world by pulling off one of the biggest upsets in recent years.

"A lot of people out there are fearing for his health. A lot of people believe that he will be knocked out. He's been knocked out three weight divisions below this, so they feel he's got no chance," Haye told BoxingScene.com's Declan Taylor.

"A lot of people are dismissing him, a lot of people feel it's a mismatch, but I'm of the complete opposite opinion. I believe this fight is going to cement his legacy as one fo the greatest fighters of our generation, because he's such an underdog, because he's not a world champion currently, but he's going to go up and fight a champion at his weight."

"I've been up close to both of them. I've grabbed both of their arms. Amir seems to me to be bigger. He's definitely taller. He seems wider. Maybe Canelo's got thick legs or a big ass or something, but I didn't see where the two weight difference is - I didn't see it. And I'm quite good at checking peoples weights. I'm a professional boxer my whole life. I'm used to seeing fighters. They seemed similar size. If anything, Amir seems bigger."