Hairon Socarras, Ivan Dychko, Yoon Back on May 10 at Hard Rock

The fifth installment of the popular Rumble at the Rock series will be held on Friday, May 10, at 7 p.m. at Hard Rock Event Center at Seminole Hard Rock Hotel & Casino in Hollywood, Fla. Presented by Kris Lawrence and The Heavyweight Factory, the event, entitled “Night of the Undefeated,” will feature no less than seven undefeated local favorites in separate bouts.

In the 10-round main event will be undefeated, WBA No. 7-rated featherweight contender Hairon “El Maja” Socarras (21-0-3, 13 KOs) of Miami via Marianao, Cuba. Socarras, 26, was last seen scoring a unanimous eight-round decision over Mexico’s Carlos Ruiz in March at Hard Rock Event Center. 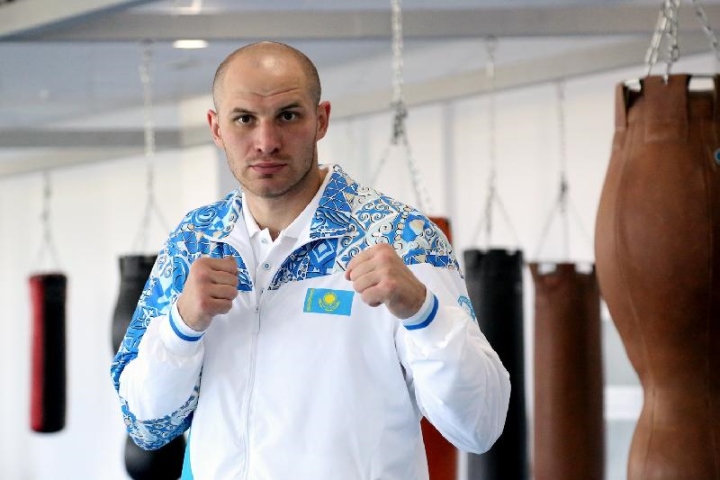 Back in action will be undefeated 20-year-old boxing prodigy Logan “The Korican Kid” Yoon (15-0, 12 KOs). The Hawaii-based welterweight Yoon is coming off a TKO 5 over Africa’s Hamza Sempewo in Atlantic City last November.

Two-time Olympic medalist and undefeated heavyweight KO artist Ivan “The Kazakh Giant” Dychko (7-0, 7 KOs) of Hollywood, Fla., via Kazakhstan, will be back, looking to keep his perfect record intact in an eight-round test. The 28-year-old scored a one-punch demolition of once-promising Maurice Harris last July.

Riding the momentum of impressive victories over established veterans Breidis Prescott and Ed Paredes in his last two fights, popular Puerto Rican sensation Derrieck Cuevas (20-0-1, 14 KOs) will be back for his next step up the welterweight ladder. Cuevas, 24, is the hard-punching prospect Florida fans have rallied behind faithfully.

Back for another appearance is the rugged, made-for-TV Cuban super middleweight Irosvani Duvergel (5-0, 3 KOs). Duvergel, 27, will be participating in his fourth straight fight at Seminole Hard Rock Hollywood and his exciting style has made him a fan favorite.

Also in action will be cruiserweight “Bad” Blake Davis (1-0) from Cooper City, looking for his second win in a four-round showdown.

“This series of shows has produced several future champions for South Florida and I’m proud to be part of it,” said Henry Rivalta, Director of Boxing Operations for The Heavyweight Factory. “Every one of our undefeated prospects will be matched up in challenging tests to continue their development.”

Opponents and rounds will be announced shortly. On fight night, the Hard Rock Event Center doors open at 6 p.m., and the action starts at 7 p.m. Seminole Hard Rock Hotel & Casino is located at 1 Seminole Way in Hollywood, Fla.

Yes Ivan is 6'9 not sure why that is hard to believe [IMG]https://www.fightsaga.com/media/k2/items/cache/7d36d6a16d3bf300b1297a9af4f0a47b_XL.jpg[/IMG] Good fighter with some good boxing skills and moves very well for his size. Not sure about his Chin though, seen him get folded like a Chair…

Dychko is a guy to watch out for. 6 foot 9 and a very big puncher.