The World Boxing Association made good on their November decision, as they stripped two-time Olympic gold medal winner Guillermo Rigondeaux (17-1, 11 KOs) of the WBA "super" title at 122-pounds.

Rigondeaux, who was facing a mandatory order to have a rematch with Moises Flores, applied for special permission to move up by two weight divisions to challenge WBO super featherweight champion Vasyl Lomachenko (10-1, 8 KOs) last month at The Theater in Madison Square Garden in New York City.

While the WBA approved his request, they also warned the Cuban boxer that he would be stripped of his world title if he was beaten. If he won, then Rigondeaux would have five days to make a decision regarding which world title he planned to keep. 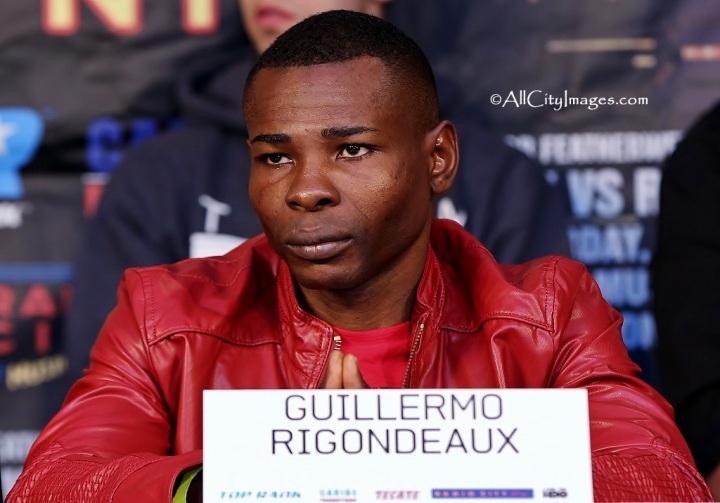 Rigondeaux did not win that night. The outcome was a complete disaster for the once undefeated boxer.

He was dominated over six rounds of action and then refused to fight any further, as he cited an injury to his left hand in the corner.

Afterwards, Rigondeaux took a lot of heat from both the fans and the media, after his promoter revealed that his hand injury was nothing more than a bruise - which created the belief that Rigondeaux was looking for a way out.

The WBA has released their most recent ratings and Rigondeaux was officially removed from his world title position.

As it stands, Danny Roman - who previously held the WBA's "regular" title at the weight - is now the organization's full titleholder.

Roman will have to make, at some point, a mandatory defense against Flores, who has the interim-title - and that match has been ordered part of the World Boxing Association's effort to reduce the number of WBA world titles in each weight class.

"The special permission was requested, and [Rigondeaux] was given the opportunity because it is an important fight for boxing," stated WBA President Gilberto Mendoza Jr. last year.

"If he loses, he would then have to lose the recognition [of being WBA champion] because it is what corresponds [to agreement of allowing him to move up] and in this event we would have to order that Moises Flores goes against the winner of Daniel Román and an opponent to be supplied to us."

Bizarre ruling given that he didn't have a mandatory due and fought for a different title in a different division. I suspect Rigo may get a lifeline in the form of a tournament possibly at 122 or 126. That's possibly…

[QUOTE=CubanGuyNYC;18377928]Clottey had five more fights after Manny, although it took him over a year and a half to fight again.[/QUOTE] You right, I forgot he fought Gabriel Rosado in his last fight....

[QUOTE=KillaCamNZ;18378345]Legit question, I'd love to hear the WBA explain that part. Following through with what they said they'd do is one thing, but it would be nice if we knew why they were doing it in the first place. I…

I used to be a Rigo fan but it's hard to remain a fan after his sorry showing against Loma. If he fought his hardest and just got outclassed by a bigger, younger, better boxer I would still be a…