ESPN’s boxing viewership improved Tuesday night from its previous telecast, but it was lower than the amount of viewers who tuned in a week earlier for the first live boxing broadcast in the United States since March 13. 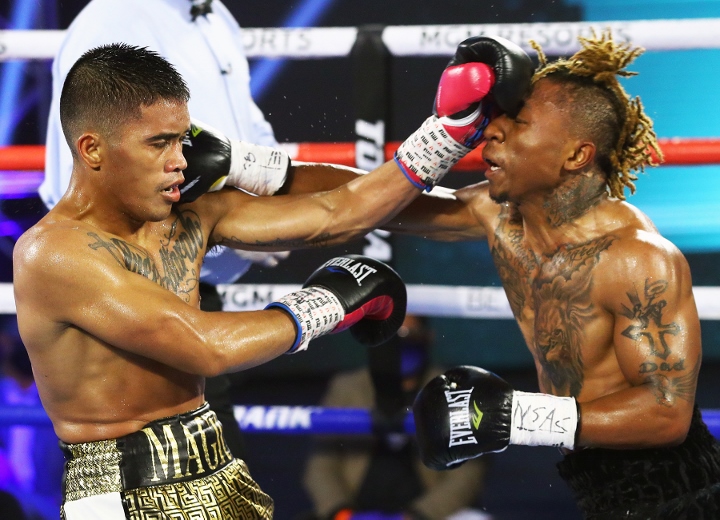 Each of ESPN’s three shows in June have taken place at MGM Grand Conference Center in Las Vegas.

The main event Tuesday night didn’t begin until after 11 p.m. ET because each of the first four fights ESPN aired – a 10-rounder and three six-rounders – also went the distance.

The Philippines’ Plania (24-1, 12 KOs), an unknown underdog, knocked down the favored Greer twice, with left hooks in the first and sixth rounds. Chicago’s Greer (22-2-1, 12 KOs) withstood those knockdowns and rallied in the later rounds to make their 10-round junior featherweight fight competitive.

An exhausted Plania literally held on at times in the eighth, ninth and 10th rounds, and won a majority decision.

The 26-year-old Greer entered the bout as the WBO’s number one contender for its bantamweight champion, the Philippines’ Johnriel Casimero (29-4, 20 KOs). Greer also was ranked second by the IBF for a shot at its 118-pound champion, Japan’s Naoya Inoue (19-0, 16 KOs).

[QUOTE=Coachcody;20616173]They should have the word LIVE on the screen so channel surfers see that it's not a re-run like nearly every other sporting event on tv right now.[/QUOTE] You would think that but common sense is missing nowadays....

[QUOTE=Monty Fisto;20616354]This is a pretty good idea.[/QUOTE] They have it on there tonight. Maybe espn actually reads these comments!

That pillow has played out and had he not been on the bike running all night the viewing numbers probably would have been better but Joshua stunk up the place.

Average number at best given the circumstances. Hope this improve in the future.:boxing: