Adrian Granados’ desire for a showdown with former two-division titlist Danny Garcia trace back so far that he even recalls a point when he was ready to walk away from the sport while still with that fight on his brain.

Visions of landing a showdown with the then-unbeaten 140-pound titlist—who since won and lost a welterweight title—existed long before he’d eventually land the plum assignment, which comes April 20 live on Fox from Dignity Health Sports Park in Carson, Calif. They’ve also inspired him to push through a pair of decision defeats in back-to-back fights long ago which the Chicagoland boxer felt should’ve easily went his way.

The latter of the two was a disheartening split decision loss to Brad Solomon on the May ’15 undercard of Floyd Mayweather’s 12-round win over Manny Pacquiao. His landing on the very wrong end of yet another questionable decision, this time on the biggest stage the sport has ever had to offer, was enough to think about doing something else for a living.

“I remember after losing that fight on the Mayweather-Pacquiao card, that I was just done with boxing,” Granados (20-6-2, 14KOs) admitted to BoxingScene.com. 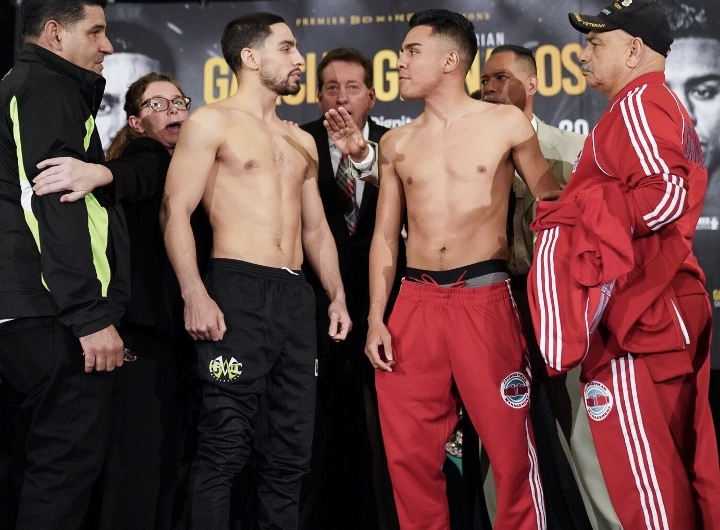 It was the sixth time in just 19 fights where Granados found himself in a bout that ended in a split or majority decision, incredibly with none of them ever going his way. His 13 wins to that point were all either by knockout or unanimous decision, whereas any bout remotely close ended in either a loss or draw.

Still, he reconsidered his earlier position to throw in the proverbial towel. A week after Garcia officially made his official welterweight debut in a stoppage win over Paul Malignaggi, Granados rediscovered the win column in triplicate.

“I remember while working other jobs earlier in my career, I kept seeing Danny Garcia on TV,” Granados recalls. “Every time I saw him, I’d say to myself, ‘This guy is my weight, they make such a big deal about him, but I always saw him as a big name that I can beat.’ The thought of one day facing and beating him has stayed with me.”

A trio of wins on the club circuit was just enough position him for what was sold as a steppingstone assignment for a more notable contender but which instead became—and remains—the biggest win of his career.

Amir Iman sought to remain active while awaiting a shot at newly crowned titlist Viktor Postol after having for months chased Garcia whom ultimately vacated said title. It seemed a wise decision barely 90 seconds into their Nov. ’15 bout, when the then-unbeaten contender floored Granados and seemed well on his way to living up to the 12-1 odds to win the fight.

The whiff of adversity was nothing new to Granados, who knew his decision to remain in the game wasn’t merely to serve as cannon fodder for others. He stormed back to not only dominate but eventually stop Imam in eight rounds, although never quite landing the title shot originally promised to his opponent.

Granados is just 3-2 with 1 No-Contest since that night, but the difference in his career being that he’s surrounded by team members who have his best interests at heart—namely Zak of Journeyman Management and Tom Brown’s TGB Promotions, the latter with whom he signed in Oct. ’16.

Losses to Adrien Broner and Shawn Porter, along with the bizarre ending to his bout with former 130-pound titlist Javier Fortuna—which ended in a No-Contest—figured to discourage a hard-luck contender like Granados, especially with all of it occurring in succession within a 16-month span.

Instead, he maintains a glass half-full perspective on the sport. That mentality led to his landing his dream assignment with Garcia after years of fighting through adversity, but his merely arriving at this point far from the end game.

“Even after my fight with Javier Fortuna ended the way it did, I knew bigger things were to come in my career,” Granados noted. “My team, they promised me they would get me the opportunities, and they’ve delivered with this fight.

“Now that opportunity is knocking, I’m ready to rip the door off its hinges.”

I'd like to see Granados win but wouldn't be mad if Danny won (as long as its fair). I hope it ends up being a good scrap.

Why hasn't bob given Brad Solomon a chance to fight Crawford ?