Granados: I've Come Up Short; My Back's Against The Wall

The gutsy Granados’ past six outings have resulted in two wins, three losses and a no-contest. Those three defeats each came against former world champions – Adrien Broner, Shawn Porter and Danny Garcia.

But in Granados’ last bout, Garcia knocked him down three times and became the first opponent to stop Granados inside the distance. Defeating Easter, a former IBF lightweight champion, would thrust Granados back into the championship mix at 140 pounds and mark his most noteworthy win since he upset Amir Imam by eighth-round technical knockout in November 2015.

“I’m very excited about this fight,” Granados told BoxingScene.com. “I’m very appreciative and excited for another opportunity. This is a huge fight for me. I feel like my back’s against the wall. I had a couple opportunities given to me, and I’ve come up short. I’m definitely going down as if it’s my last shot. I’m training harder than ever and I feel very confident in this upcoming fight.” 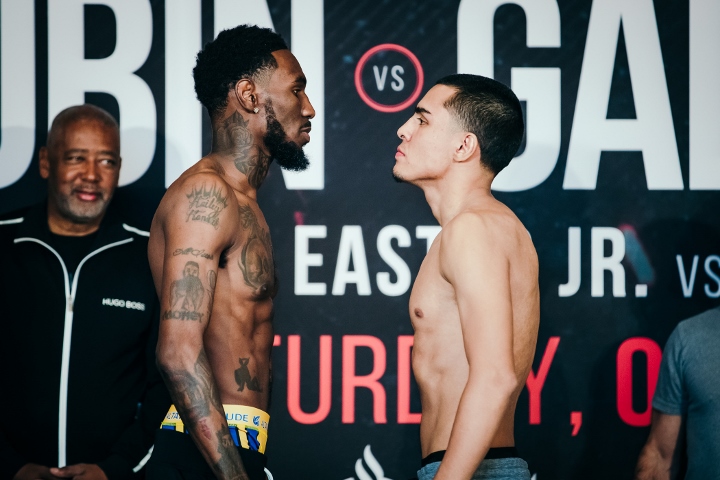 If nothing else, Granados’ aggression will make for a much more watchable bout than Easter’s previous appearance on Showtime. The utterly uneventful bout between Easter (21-1-1, 14 KOs), of Toledo, Ohio, and Cuba’s Rances Barthelemy (27-1-1, 14 KOs, 1 NC) fittingly concluded in a 12-round split draw April 27 at The Cosmopolitan in Las Vegas.

The 30-year-old Granados (20-7-2, 14 KOs, 1 NC), of Cicero, Illinois, will return to the junior welterweight division to face Easter. He lost by seventh-round knockout to Philadelphia’s Garcia (35-2, 21 KOs) in a fight that was contested at the welterweight limit of 147 pounds.

“I’m gonna be a lot more relentless than he’s used to,” Granados said of Easter. “I’m excited to be back at 140. This has always been my natural weight and, you know, this is gonna be a great fight. I know he’s a taller, longer fighter, but I feel like I’m gonna be the stronger fighter. Plus, I’m not much shorter than him.”

Granados is more comfortable competing at 140 pounds, but he hasn’t ruled out boxing again at 147 pounds if the right opportunity presents itself.

“I don’t have any regrets,” Granados said. “I wish I could’ve maybe taken smarter steps coming up in my professional career. But, I mean, once I broke through I kinda had to take whatever I could get. You know, I’m very appreciative to Al Haymon and TGB Promotions for giving me these opportunities. And I understand that I have another great opportunity, and that’s why I’m not gonna let this one slip away.”

Easter-Granados will air as the co-feature of Showtime’s three-fight telecast from Santander Arena in Reading, Pennsylvania (9 p.m. EDT/6 p.m. PDT). Erickson Lubin (21-1, 16 KOs), a junior middleweight contender from Orlando, Florida, will encounter Nathaniel Gallimore (21-3-1, 17 KOs), of Evanston, Illinois, in the 12-round main event.

140 is his best weight class but I think Easter's going to take this one. I have no idea how Easter ever made 135.