Ward had attempted to chase down a fight with Golovkin last year and he says the possibility of that match was rejected for 2015 and 2016. He claims Golovkin's handlers were not interested in the fight until 2017. Ward has since moved up to 175-pounds.

Sanchez has advised Ward to forget about Golovkin and to himself focused on his upcoming fight on November 19th, against IBF/WBA/WBO light heavyweight champion Sergey Kovalev. 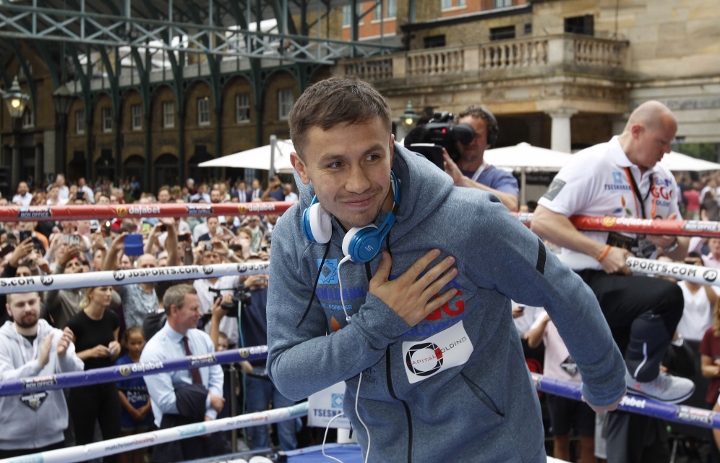 "When he wanted to fight Golovkin we had already signed to fight Lemieux so there was no way the fight was going to happen. Since he's moved up to 175, he's made a lot of comments that there was no way that he could make 168 anyway. What would have been the sense of waiting around for Andre to fight us? The point is to stay busy, the point is to keep Golovkin in front of the public and not waiting in line like Andre has for the last three or four years," Sanchez told Behindthegloves.com.

"Now he's a got a difficult fight on November 19th, he shouldn't even be  thinking Golovkin. He should be thinking Sergey Kovalev, because Kovalev will beat him on the 19th and then he's going to have a lot of soul searching."

As far as Golovkin's chances against Ward, Kovalev and WBC champion Adonis Stevenson - Sanchez believes he can beat all three.

Sanchez also played down rumors that he allegedly told a reporter that Golovkin dropped Kovalev in sparring with a bodyshot. The sparring session took place many years ago when Kovalev was an up and coming fighter.

"I never said that to anybody. That's just rumors going around that that happened, its sparring rumors. It's better for those rumors to stay in the gym," Sanchez said.