Abel Sanchez, trainer of IBO/WBA/IBF middleweight champion Gennady 'GGG' Golovkin (34-0, 31KOs), says the middleweight division is becoming a circus with all of the catch-weight stipulations that are being forced on opponents for the last few years.

It started up in 2014, when Miguel Cotto captured the WBC middleweight title from Sergio Martinez. That fight took place at a catch-weight of 159. Cotto's first defense against Daniel Geale took place at 157, and his fight with Saul 'Canelo' Alvarez was at 155 - one pound above junior middleweight.

Canelo decisioned Cotto and picked up the title. His first defense is coming up on May 7th against Amir Khan, also at a catch-weight of 155. 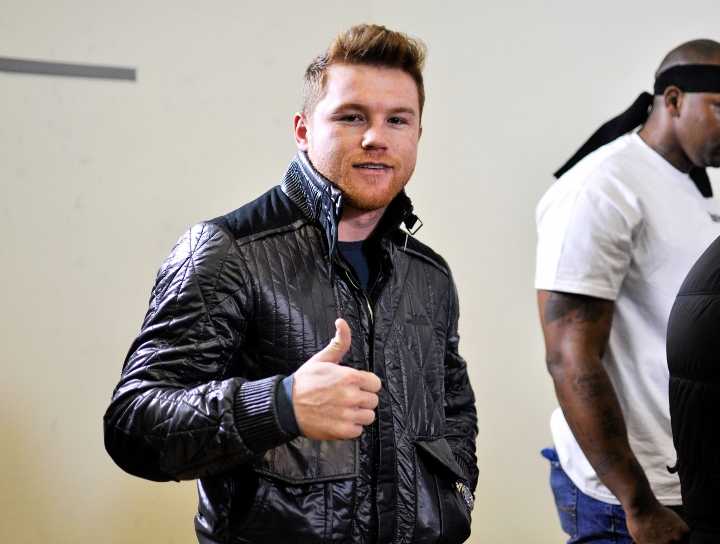 If Canelo wins his upcoming fight, and Golovkin beats Dominic Wade in April, the World Boxing Council ordered the two of them face each other in the fall.

But Canelo is demanding a catch-weight of 155 and Golovkin, because he is the mandatory challenger, has refused to come down to anything less than 160.

Sanchez feels the catch-weights are a slap in the face to all of the fighters who struggle week in and week out to make the middleweight limit of 160.

"I didn't respect him or Cotto [as champion] for fighting at 155. For forcing Martinez to come down, for forcing Geale to come down. If they want to fight at 155 and let the other guy come in at under 160, then that's ok with me and that's their choice," Sanchez told BoxingScene.com.

"We don't need a new division. There are too many already, 17 of them. We don't need a Canelo division. So I can't have any respect for [Canelo as middleweight champion], because of all the other fighters who fight at that weight and sacrifice to get to that weight [of 160]."

[QUOTE=Eff Pandas;16492854]And you seen how that turned out for them lol. They are all great at their jobs, but just not with their **** talking or hype is the problem. They just need to accept that & accept this is…

[QUOTE=HeroBando;16491429]What weight class is this? He's The MW champ, sh1thead, check the rankings[/QUOTE] Look in the mirror. You're the one with sh1t on his head. Thanks.

[QUOTE=Eff Pandas;16492328]The biggest problem [B]GGG's side has is no one is a good **** talker[/B] that can capture fans imagination about this 155 thing & force Canelo into taking a non-Caneloweight fight. [B]Abel is a good trainer, but a moron…

[QUOTE=HeroBando;16492277][B]Maximal CW is not a little.[/B] Can you remind me, who's the last one that pull off that stunt?[/QUOTE] Yea, Golovkin's weight manipulation attempt on Ward was only 50%. I guess you must be right ? :thinking: