All it took was one vicious left hook from the hard-hitting Ababiy to send his previously unbeaten opponent to the canvas just 29 seconds into their scheduled four-round super middleweight match at Madison Square Garden. That temporarily paralyzing punch left Barajas rolling around, writhing in pain.

Barajas attempted to get up once referee Shawn Clark’s count reached eight, but he quickly went back down to his knees. Clark promptly stopped their fight 41 seconds into the first round on the Gennadiy Golovkin-Steve Rolls undercard. 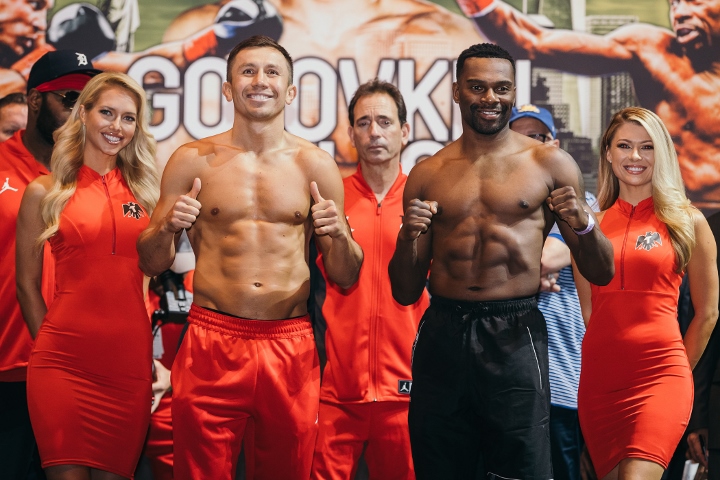 Brooklyn’s Ababiy – a promising, 20-year-old middleweight prospect – has now knocked out each of his five pro opponents. Mexico’s Barajas, 29, slipped to 5-1 (3 KOs, 1 NC).

The first fight on the card was canceled because Jordan Morales (3-7, 2 KOs), of Sunbury, Pennsylvania, did not meet the New York State Athletic Commission’s requirements for licensure.

The opponent Morales was scheduled to fight, Johnathan Arroyo, entered the ring anyway Saturday night to address his fans that bought tickets to watch him fight. The 32-year-old Arroyo (3-0-1, 1 KOs) is from Brentwood, New York, on Long Island.

bum slaying time !! close to retirement and only 2 valuable names on his resume...

And he looks scurred????