Golovkin Promoter: IBF Stripped One of Their Best Champs Ever!

On Wednesday it was announced by the International Boxing Federation that they were stripping Gennady Golovkin as their middleweight champion for failing to agree to fight his mandatory challenger Sergey Derevyanchenko by August 3rd after granting him an exception to face Vanes Martirosyan on May 5th.

After Saul Alvarez tested positive for clenbuterol and was suspended by the Nevada Athletic Commission, which scuttled their rematch for May 5th, Martirosyan was chosen as a late fill-in to face 'GGG' at the StubHub Center in Carson, California

Golovkin picked up the IBF title back in October of 2015 as he defeated David Lemieux in eight rounds in what was a unification bout at the Madison Square Garden in New York. Golovkin still holds the WBC, IBO and WBA belts. 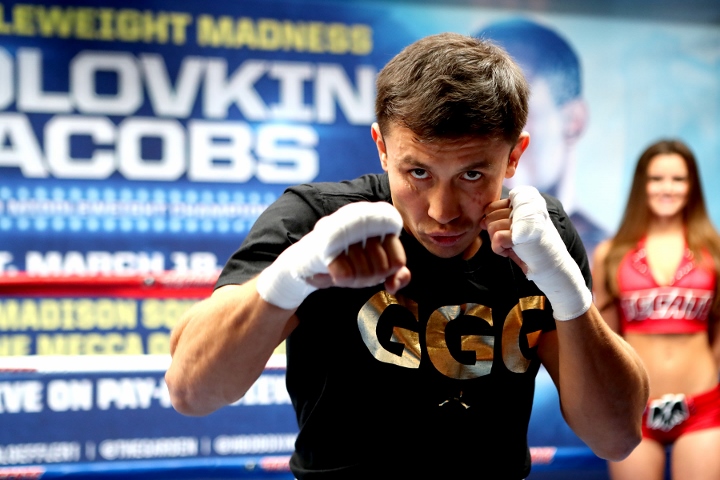 "I think it's unfortunate that they stripped one of their best champions in the history of their organization," Tom Loeffler told BoxingScene.com regarding the IBF's ruling.

"'Triple G' always complied with their rules, they had assigned a mandatory immediately that wasn't very marketable, that we got criticized for on our side, Dominick Wade," added Loeffler, who then referenced their bout with Danny Jacobs from March of last year.

"We don't agree with it by any stretch but we're going to focus on making the biggest fight for Gennady the next time around," continued Loeffler, who says he is still trying to make the rematch for September with 'Canelo'.

"We know for sure now it's definitely not going to be Derevyanchenko."

Not only do I hope that happens it's probably most likely . GGG only fought Canelo because of large purse but more a case of Canelo's few fights at 160. Canelo will be fighting Saunders or Jacobs in September as…

[QUOTE=True That;18841729]GBP has mentioned having Canelo fight in December this year in addition to him fighting in September. Likely because he hasn't fought since September last year, so they are looking for him to fight 2 times this year.[/QUOTE] Ah.…

What will happen next is Canelo's next fight will be for the IBF strap. Ygis would not surprise me at all. Just my prediction

[QUOTE=Bronx2245;18841517]So yesterday I was thinking who Crawford might face next, thinking about Jose Benavidez, and then ran across WBO #3, Egidijus Kavaliauskas. They call him "The Mean Machine!" He's with Top Rank too! Go check him out on YouTube when…