It’s safe to say that talks are going much better this time around for Sergiy Derevyanchenko than in his previous attempts to land a crack at the two most notable middleweights today.

There still remains work to be done before finalizing terms for a vacant middleweight title fight versus Gennadiy ‘GGG’ Golovkin, but sources with knowledge of such negotiations have informed BoxingScene.com that all signs point to a deal being reached as soon as by the end of business week.

The timing would go a long way toward promoting the event, which is targeted to take place Oct. 5 live on DAZN from Madison Square Garden in New York City. 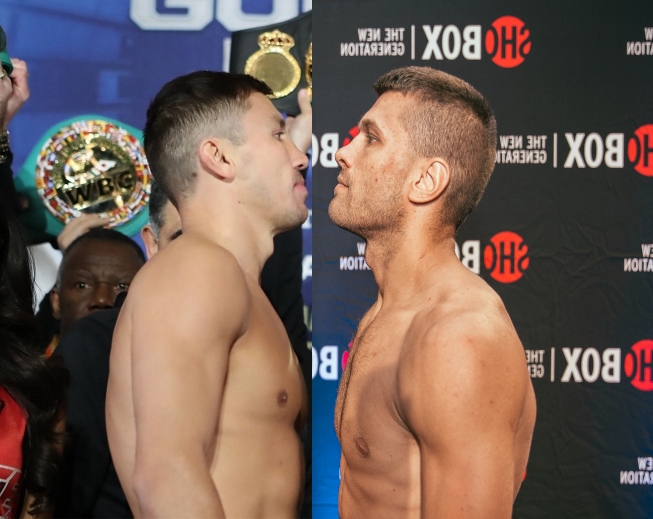 The Athletic boxing insider Mike Coppinger was the first to report the latest development regarding such talks.

A 30-day free negotiation period was ordered on August 5 by the International Boxing Federation (IBF) to negotiate terms for the title which was relinquished by Saul ‘Canelo’ Alvarez. The belt became available earlier in the month after Alvarez (52-1-2, 35KOs) missed multiple deadlines to honor a mandatory title defense versus Derevyanchenko.

Golovkin (39-1-1, 35KOs) was the next-highest rated challenger in line, not wasting any time in accepting the IBF’s offer to fight for the vacant title or in reaching out to Derevyanchenko, a 2008 Olympian for Ukraine who now lives in Brooklyn, New York.

The two were already in advanced talks by the time the IBF ordered the fight, with little concern that the matter would make its way to a purse bid hearing that would take place in the first week of September.

The progress is in stark contrast to the last time the two were mandated to face one another. Golovkin was an unbeaten and unified titlist when the IBF called for the Kazakhstan native to defend versus then-mandatory challenger Derevyanchenko (13-1, 10KOs). The bout came to surface after Golovkin was out an opponent for a May 2018 date due to Alvarez twice testing positive for banned substance Clenbuterol ahead of their eventually postponed rematch.

Given the short notice to secure an opponent, Golovkin petitioned the IBF for a voluntary defense versus Vanes Martirosyan. The mismatch was granted on the condition he next honor his mandatory.

Golovkin blew out Martirosyan in two rounds, but wound up giving up the IBF title to instead reschedule his rematch with Alvarez for last September, losing a majority decision along with his unbeaten record and remaining titles 12 months after the two fought to a hotly disputed 12-round draw.

Derevyanchenko fought for the vacant IBF title, dropping a competitive 12-round decision to longtime stablemate Daniel Jacobs last October. Jacobs in turn lost the belt to Alvarez in their unification bout this past May, by which point Derevyancheko resurfaced as a mandatory challenger following a 12-round win over Germany’s Jack Culcay in their title eliminator this past April.

Should a deal be reached, Golovkin will enter his first title fight since his aforementioned loss to Alvarez which ended his record-tying title reign of 20 defenses dating back to 2010. He’s since rebounded with a 4th round knockout of Steve Rolls this past June at MSG, where he has become a major draw since his first fight on such grounds in 2013.