Sooner or later, the World Boxing Association will order their two welterweight champions to fight each other in order to establish a single beltholder in the division. 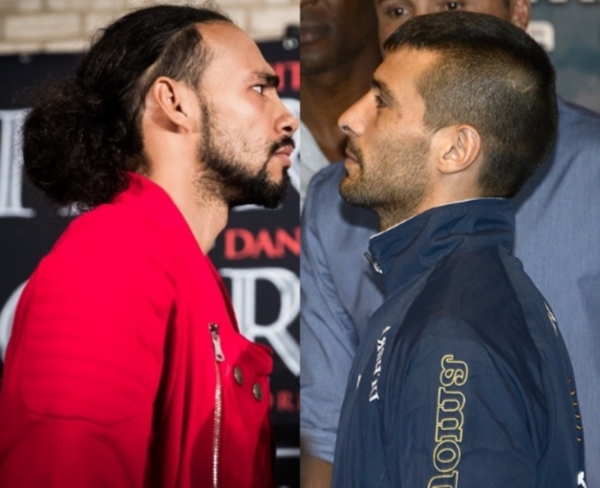 Thurman has been out of the ring since March 2017 - when he won a twelve round decision over Danny Garcia to unify the WBA, WBC world titles.

Because of his injuries and inactivity, Thurman vacated the WBC title earlier this year.

And then because of his inactivity, the WBA reactivated their "regular" title, which Matthysse won back in January.

Matthysse is back in action on Saturday night in Malaysia, in the biggest fight of his career, when he defends his belt against eight division world champion Manny Pacquiao.

A win over Pacquiao would certainly place Matthysse in position for much bigger fights.

However, Gomez does admit that a loss on Saturday would send Matthysse, 35-years-old, to the brink of calling it a day on his pro career.

“This is his moment. This is what he’s waited for for years now and that’s all we’re concentrating on right now, is Manny Pacquiao. He’s got to beat Manny Pacquiao. If he loses to Manny, he’s going to have a really tough time whether he can continue. It really depends on this fight. This is everything for him,” Gomez said.

Matthysse can definitely crack, even a bit more than Thurman... but Lucas simply can't quite be the better boxer he has to be for elite status. He has [B]almost[/B] all the tools, just not quite. Besides, he has Manny problems.…

Thurman will stay away from Spence and Crawford because he knows he can’t win those fights. But he’s fight the winner of PAC-Matthysse for sure since he knows those guys are on the way out.

Man remember Thurman?! I can't believe how long it's been since he fought, the division heats up and he goes missing. Thurman not the top dog at all at 147 he needs to get back and stop this 'one time'…

Yeah right Oscar, with what? A 3 fight deal with Golden Boy attaches to fight? Get LOST!!!!

[QUOTE=Rikanlynx86;18929235]My question is, if Lucas beats Pacquiao, and then fights and beats Thurman, will he get any credit? Or will people just say he beat an old pac and an unmotivated Keith?[/QUOTE] I'd be surprised if he beat Thurman, even…