Unbeaten junior welterweight Giovani Santillan could become a contender by the end of 2020.

Manager David McWater is confident that can happen.

Santillan recently signed a co-promotional deal with Top Rank and is scheduled to face former WBC lightweight titleholder Antonio DeMarco on June 16 at the MGM Grand Conference Center in Las Vegas. The 10-round bout will precede the main event bout between bantamweight contender Joshua Greer and Mike Plania. 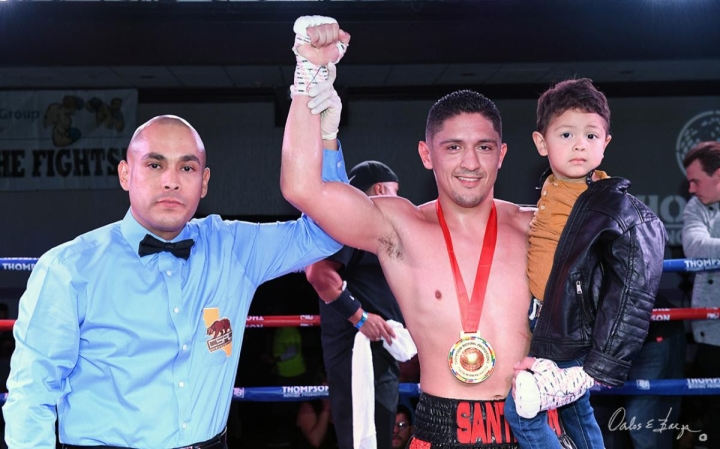 Both fights will air live on an ESPN platform.

Santillan (25-0, 15 knockouts), who resides in San Diego, California, last fought on November 22 in nearby Ontario, knocking out Wilfredo Buelvas in the second round. The 28-year-old had not fought in over a year-and-a-half, due to managerial issues.

McWater is high on Santillan.

“I think he’s got a very bright future,” McWater told BoxingScene Saturday afternoon. “He’s paid a lot of dues to get the opportunity to be with Top Rank and I expect him to make the most of the opportunity.”

Santillan has been a staple of Thompson Boxing’s ‘Path to Glory’ cards over the last seven years in Ontario and nearby Corona. His first televised fight occurred in July 2017 on Telemundo, stopping Sammy Valentin in round 2 in a clash of unbeaten prospects.

He will take a significant step-up in opposition in DeMarco (33-8-1, 24 KOs), who has lost five of his last seven bouts.

“There were several opponents discussed for this fight and Giovani never hesitated. He said yes to all of them,” said McWater. “So he’s very confident.”