LOS ANGELES — Gilberto Ramirez made his light heavyweight debut Friday but it didn’t appear that way against the smaller Tommy Karpency.

Ramirez used his massive size advantage to punish Karpency during the co-main event bout of the Vasiliy Lomacheko-Anthony Crolla undercard at Staples Center.

Ramirez, the WBO super middleweight champion, said he moved up to 175 pounds because he was looking for a new challenge. He’ll need to keep searching, as Ramirez easily defeated Karpency by a fourth-round corner stoppage. 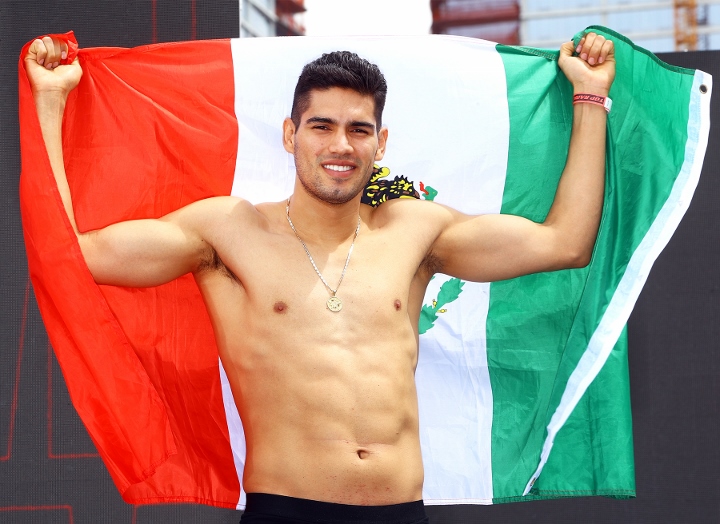 Karpency told his corner that he possibly broke his ribs from a Ramirez body shot in the first round.

"He hit me with a great shot to the body in the first 30 seconds, and it impacted me the rest of the fight,” Karpency said. “He's no better, no worse, than the other champions I've fought at 175 pounds."

Ramirez, who had struggled to make weight at 168, landed 30 body shots against Karpency. The 27-year-old Ramirez improved to 40-0 with 26 knockouts.

“I feel a lot of power, and I feel more comfortable to be at 175,” said Ramirez, who came into the fight weighing 196 pounds, according to the ESPN broadcast. “I think I want to do it for all the titles at 175. I want all the champions. I want to be pound-for-pound (best) and I will.”

Ramirez now has a decision to make, return to super middleweight or continue at light heavyweight? The Mexican southpaw has plenty of options for his next bout.

There’s been talks of Ramirez fighting WBA champion Callum Smith for a super middleweight unification bout. But Ramirez is also eyeing the champions at 175 pounds.

“I would love a fight with (Sergey) Kovalev,” Ramirez said earlier this week. “That would be a good fight, but I’m up for facing any of the champions.”

Regardless of what Ramirez decides to do, it’s been a good 2019 so far for the Mexican champion who got engaged last week and is expecting the birth of his second child.

[QUOTE=budfr;19654692]soft? STFU, ignorant. Not all boxers have to have big muscles, Blacks have them because og genetics but Mexicans don´t need them and are able to kick azz...ever heard of JC Chavez?? He was soft, no muscle yet....duh[/QUOTE] Neither "Zurdo"…

[QUOTE=budfr;19654692]soft? STFU, ignorant. Not all boxers have to have big muscles, Blacks have them because og genetics but Mexicans don´t need them and are able to kick azz...ever heard of JC Chavez?? He was soft, no muscle yet....duh[/QUOTE] This guy…

Zurdo is a weight bully..he is on the same level as chavez jr

[QUOTE=Kiowhatta;19654848]Karpency is obviously an opponent who serves to give recent arrivals at 175 a low risk fight and give them the opportunity to see how the weight feels without worrying too much about getting into a real fight. I welcome…