Gilberto Jesus Mendoza To Remain as WBA President Until 2025

The top members of the World Boxing Association (WBA) came together on Thursday, and set down a vote from all of their members - for Gilberto Jesús Mendoza to remain in his position as president of the sanctioning body until 2025.

Following the proposal of the election process, the full assembly agreed to exhaust the statutory limits and re-elect Gilberto Jesús Mendoza by acclamation.

The WBA has been working non-stop and has come up with an online mechanism, such as GoToMeeting, to enable its members on five continents to discuss different topics of interest to the entity, despite the distance. 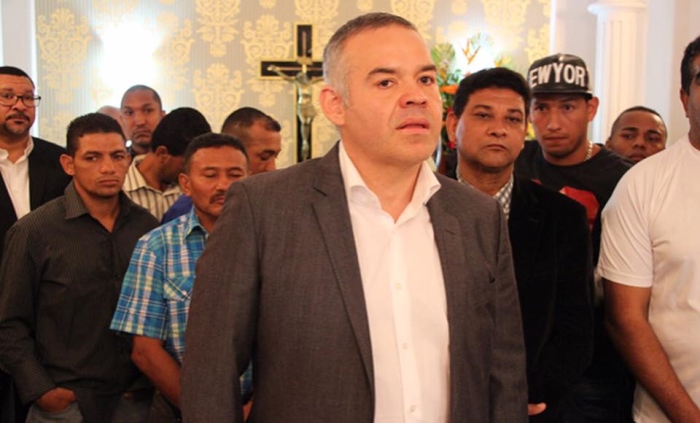 During the Assembly, the electoral commission, made up by Francisco Pina, Jesper Jensen and Renzo Bagnariol, was convened. Since no additional nominations were made for the position, the members were called to vote and unanimously elected Mendoza for a new term of five years.

In addition, 25 directors with voices, seconded the motion and gave their support to Mendoza, with the novelty that for the first time in history there was participation of Mexican members, Miguel Torruco and Alfredo Polanco.

“I reiterate my gratitude to all those who give me this vote of confidence, to all those who stick to the working plan of the last five years. There is still a lot of work to do. We will keep moving forward in things.. like getting closer to the athlete and systematic development," Mendoza said.

“I believe that my father’s word fits, we can do it, let’s do it, let’s do it together. This is how I have wanted to act. We must remain united. I am thankful to you for allowing me to be part of something historical. It is complex, we have done productive things. Thanks to the doctors, the officials, the academy; I want to tell you that you will continue to be the pillars of my management. Now we want to put effort into it, among other things, but regardless of any system we have, human quality and the people who accompany us are very important. Thank you very much to the directors. I have to thank all of you, you are very important."

Congratulation to Gilberto Jesus Mendoza to remain 5 more years. Now, back to reality, I hope you eliminate the Regular WBA, WBA Gold, Interim WBA in all divisions like you said various long years ago. :boxing:

Great. More of the same bull**** for another 5 years

Will the WBA still have super champions AND regular champions in 2025? My guess is yes. Even though Mendoza said years ago that he was going to phase them out.