For reasons that are not entirely clear at the moment, there appears to be a full blown rivalry brewing between IBF super featherweight world champion Gervonta Davis (17-0, 16 KOs) and four division world champion Adrien Broner (33-2, 24 KOs).

Davis is promoted by Floyd Mayweather Jr., who is close friends with Broner - although it's not the first time where Broner had an issue with a fighter within Mayweather's TMT [The Money Team] group.

Davis, who this past weekend had confrontation with Tevin Farmer at the Lomachenko-Sosa card, took to social media and posted a message that read.

"And after I deal with that other p*ssy [Tevin Farmer]...Me and AB can get it rocking!! Floyd Mayweather set it up," Davis stated - and posted the below image. 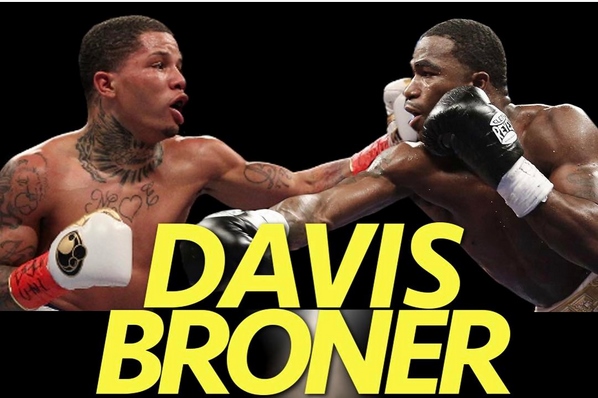 Broner took to his own social media account, and took their dispute even further.

It appears, and it's not been confirmed, that Davis may have stated that he was capable of beating IBF lightweight champion Robert Easter, who is promoted by Broner.

"Going against the grain will f*** yo "WAVE" up.... yo n*gga came to me talking bout you can beat my brothas and I told him you can't n*gga. F*** wrong with that gay ass n*gga. I'm riding with my n*ggas like you go ride with yo n*ggas, all this sh*t is for girls! Where I'm from I don't get down like that. N*ggas is FRAUDS," Broner stated.

Then Davis posted a screenshot of a war of words with Broner in a private text message conversation.

In the text message exchange, Broner wrote - "I want you too n*gga. I can't wait until you do lil bra. Why you let this n*gga try to hype you like I'm hating on you n*gga. If you want it to be beef that's what I do. Man we can do it, but if its just a misunderstanding you need to say that cause I'm on go bra."

To which Davis issued his own response:

"N*ggas get that drink up in them and go wall nuts...you know how we coming! Talk less and pull up! N*ggas is cold p*ssy."

Broner last fought at 147-pounds, and Davis competes at 130. Broner has a tough time even making 140-pounds, so it's hard to say - if they actually pursued this fight - where it could possibly take place.

Davis is scheduled to make a mandatory defense against Liam Walsh on May 20 in the UK. Broner does not have his next fight scheduled at the moment.

[QUOTE=BoxAztinca;17587263]Smaller? Maidana was 160+ on the night of the fight. He was much bigger than broner[/QUOTE] No he wasn't. He was way shorter and his frame was not nearly as thick.

[QUOTE=revelated;17585465]And as we learned from Naseem Hamed, all the talent in the world won't save you from yourself. Everywhere you look, everywhere you go, there you are. And I don't know why people keep on with this "bigger fighter" argument.…

[QUOTE=BoxAztinca;17584834]My point is Broner is such a rare talent, that despite the bad lifestyle he lives outside the ring... [/QUOTE] And as we learned from Naseem Hamed, all the talent in the world won't save you from yourself. Everywhere you…

[QUOTE=revelated;17584290]Look at this dude. I'm not saying Tank is a special fighter, but Broner's head is all messed up. Tank gives him that work at equal weight just based on mental focus.[/QUOTE] My point…

[QUOTE=BoxAztinca;17583503]1st off, I know broner can barely make 140. The only guys who give him trouble, are naturally bigger pressure volume punchers. Granados didn't beat him. Doing well, and winning, are 2 different things. (I.e. Jacobs vs GGG)... 2nd I…