Kell Brook hit the scales five pounds heavier than Gennady Golovkin in their final WBC check-weigh ahead of their monster clash for the WBC, IBF and IBO World Middleweight titles at The O2 in London on Saturday September 10, live on Sky Sports Box Office.

Brook was weighed at the famous Wincobank Gym in Sheffield by the British Boxing Board of Control and weighed 167.8lbs, while Golovkin tipped the scales at 162.9lb at his Big Bear Training Camp in California.

Brook and Golovkin top a blockbuster night of action in London with two more mouth-watering World title clashes as Lee Haskins defending his IBF World Bantamweight title in a rematch with bitter rival Stuart Hall, who he met for the European strap in July 2012, and Charlie Edwards challenging for a World title in his ninth pro fight against two-weight IBF Flyweight champion Johnriel Casimero. 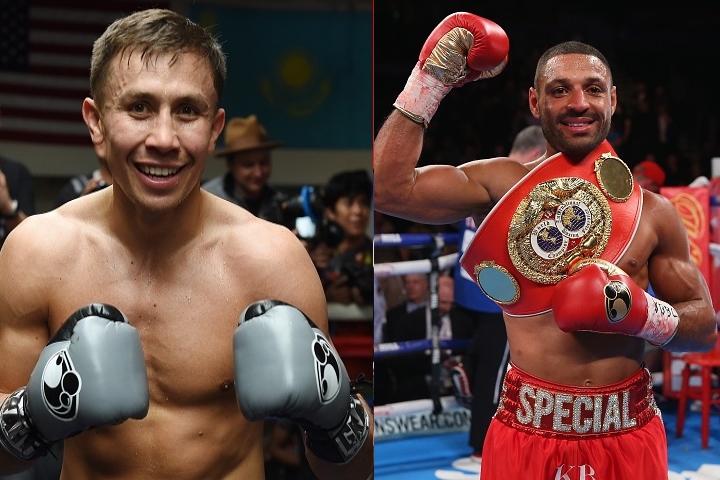 [QUOTE=aboutfkntime;17006611]you missed the point how does Canelo selecting "[I]whoever[/I]", justify Golovkin picking yet another shht opponent? Is Canelo the gold standard ? :lol1:[/QUOTE] I think u also missed the point gurner....I don't care what your waffling on about mongchat.....I'm looking…

[QUOTE=Steve plunger;17006099]Canelo took an even sh1ttier fight and is actually starving himself to avoid golovkin.....great isn't it mongchat.....looking forward to seeing the best middleweight in the world box in the uk.....WAR BROOK AND [email protected] WAR TRIPLE GGG[/QUOTE] you missed the…