Robert Garcia, Mikey’s older brother and trainer, trained Maidana for his fight against Broner, too. But Mikey Garcia’s style is very different from Maidana’s, so Garcia and his brother will develop a different game plan to beat Broner on July 29 (Showtime).

Nevertheless, Mikey Garcia will take into account something he recalls Maidana saying about Broner after they fought. 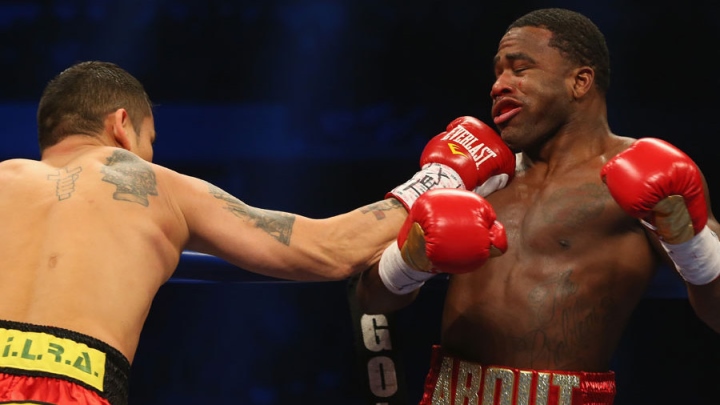 Argentina’s Maidana took Broner’s power well. The hard-hitting brawler also floored Broner twice during their December 2013 fight, once apiece in the second and eighth rounds, on his way to winning a 12-round unanimous decision in San Antonio.

The undefeated Mikey Garcia, who has knocked out 30 of his 36 pro opponents, expects to carry his power with him from 135 pounds to 140, the weight at which the WBC lightweight champion will box Broner (33-2, 24 KOs). His confidence notwithstanding, the Oxnard, California, native did admit that he’s anxious to see how Broner reacts once he lands flush punches on Broner’s chin.

“I think the power is still there,” Garcia said. “It just depends on how well my opponent can take a punch. I am fighting a bigger guy, Adrien Broner, who has fought at welterweight and faced some of the better welterweights there. So the power may not show because he might be able to take a better punch.

“But I moved up from featherweight, all the way to lightweight, and I still carried punch. My last victory, everybody knows I knocked out Dejan Zlaticanin, who had never been dropped. He was undefeated and I dropped him cold, so the power is there. It just also depends on how well the guy can take a punch.”

The 27-year-old Broner has consistently displayed a reliable chin in 35 professional fights and hasn’t been knocked out as a pro. His two losses were 12-round, unanimous-decision defeats to the retired Maidana (35-5, 31 KOs) and former IBF welterweight champ Shawn Porter (27-2-1, 17 KOs), who Broner dropped in the 12th round of their June 2015 fight in Las Vegas.

When asked earlier in the conference call about Garcia’s power, Broner responded, “Anybody’s a puncher with eight-ounce gloves on. It all hurts. I’m one who tells the truth. I don’t wanna get hit by nobody. I don’t care if it’s Paul Malignaggi or Maidana. I don’t wanna feel none of they punches.”

[QUOTE=rocktx;17741151]Sounds like someone is just on here hating... lol Both those statements are ludicrous. Broner's prob the only guy in boxing that could fight in 3 weight divisions. But to say he'll weigh 144 is ridiculous if the fight is…

Broner will KO the sh1t out of Garcia, Broner will win inside of 9 rounds

If you can't even knocked down Paulina malignaggi then there ain't no way in hell you're going to knock down Mikey Garcia!!

[QUOTE=bluepete;17738523]Its weird because Paulie said he wasn't a hard puncher. But then he managed to floor Shawn Porter. Maybe some nights your power is isn't there.[/QUOTE] Lol thats cus Paulie is full of ****, and was still salty that his…