Gallagher Warns Hearn: Callum Smith Has One Foot Out The Door

Joe Gallagher has poured water on the idea of a potential showdown between Callum Smith and Billy Joe Saunders.

Smith has been out of the ring since making the first defence of his titles at Madison Square Garden in New York back in June when he stopped Hassan N’Dam, dropping him thrice inside three rounds.

But he is said to have grown frustrated by the lack of opportunities and confirmed fight dates.

“We have been subject to a lot of interest from other promoters,” Gallagher exclusively told Boxing Scene. “Callum’s waiting to see what Eddie can offer him but at the moment he has one foot out of the door.” 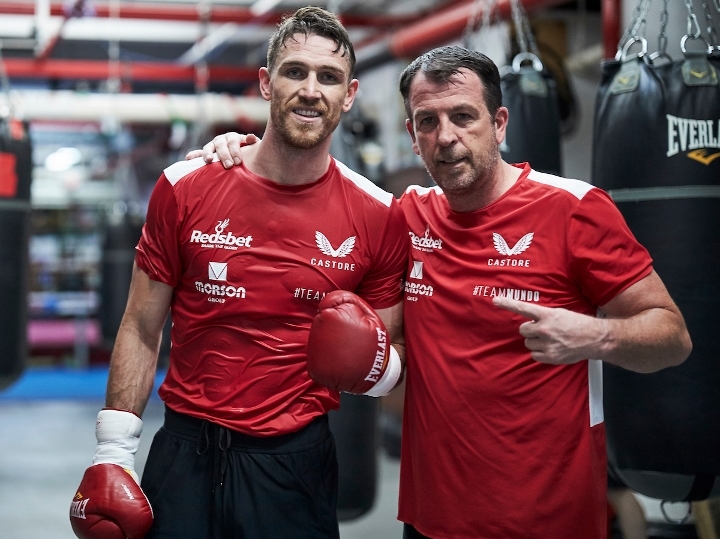 While parties approaching Smith are not revealed, Gallagher confirms that his man would like to face several big names who are affiliated with Hearn's rivals, Premier Boxing Champions and Top Rank.

“It’s funny that as soon as Eddie hears that Callum could move elsewhere after having his head turned by more lucrative offers, he tries throwing the Anfield line and the ‘Canelo’ and Golovkin lines back out again,” Gallagher continued. “You’re not getting ‘Canelo’, he won’t come, Golovkin’s not coming to Anfield so the only fight that might appeal for Anfield is a Billy Joe Saunders fight.

“Okay, Eddie, you can get us the Billy Joe Saunders fight, but how many tickets does he sell? Not many. What does that do for us? Not a lot.

“We were told Callum would be fighting in Liverpool in September, that hasn’t materialised. Eddie’s saying he has an option on his next fight, that’s true, but Callum has four dates on the table for between now and Christmas and we’re looking at them all at the moment before making any decisions.

“An announcement will be made soon but one thing’s for sure: Callum Smith will be out before the end of the year and he just wants big fights after seeing kids signing and getting silly money while he’s been an afterthought.”

[QUOTE=Scipio2009;20028571]Fairly certain that James Degale is done[/QUOTE] He's been done for a couple years. He still fights though :lol1:

[QUOTE=_Rexy_;20026213]James Degale is still active isn’t he? He ticks all the boxes you just listed, plus her probably a bigger name in the US and the UK[/QUOTE] Fairly certain that James Degale is done

[QUOTE=Jab jab boom;20025258]hmm, odd. Did you even read the article? It's basically about smith's frustration about not be able to land a fight against a Canelo or ggg. You know, since he's considered the real champion in a division where…

[QUOTE=Scipio2009;20024714]Callum Smith is at 168lbs; Bivol is at 175lbs, not drawing money or selling tickets. Benevidez has the Yidrim fight next if he wins, Plant likely has Peter Quillin next, so Smith will have at least one TV showcase before…

[QUOTE=ShoulderRoll;20024379]Not to worry, Gallagher. I suspect Hearn just now got the WBA to call a mandatory against Matchroom fighter John Ryder. That will fill up Anfield for sure![/QUOTE] Quite the coincidence, the mandatory got called yesterday lmfao