Gabriel Muratalla needed much more time to win his televised fight this month.

Less than four weeks after scoring a first-round knockout ESPN aired, Muratalla out-worked Sergio Lopez in a four-round junior featherweight fight Tuesday night in Las Vegas. Muratalla won all four rounds on the scorecards of judges Eric Cheek (40-36) and Chris Migliore (40-36), and three rounds on the card of judge Dave Moretti, who credited him with a 39-37 victory. 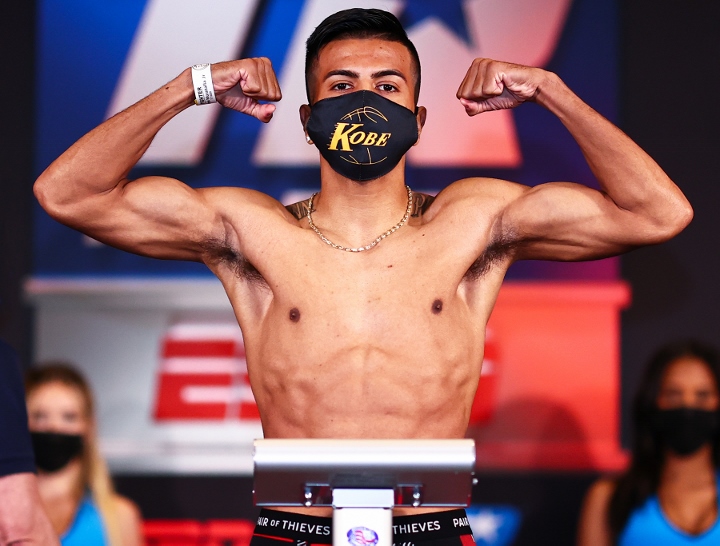 The 26-year-old Muratalla (4-0, 3 KOs), of Fontana, California, went the distance for the first time as a pro. Las Vegas’ Lopez, who hasn’t been knocked out in 13 professional fights, dropped to 4-6-3.

Muratalla stayed in control throughout the fourth round, but he couldn’t hurt the durable Lopez.

Lopez pressured Muratalla for much of the first round and tried to make him uncomfortable.

Gabriel Muratalla was tested in a fire test in Sergio Lopez and win in good fashion. :boxing: